Be different, be successful

When the goal was set in 2013 it looked almost impossible to reach. But less than five years later, Lee & Man Paper had made it: with the help of Valmet, they made it to the top three in the Chinese tissue market.

"Valmet tissue machines are well adapted to support our production targets with bamboo fiber. That is unique," says Wei Chong, the leader of the project at Lee & Man’s Chongqing mill. Ji Yongwei, Valmet’s Project Manager on the left.

Lee & Man is a key player in the pulp and paper market in China, and its cooperation with Valmet goes back to the beginning of the century. Mutual trust was built and strengthened through cooperation in several capital projects at different locations – and this cooperation is ongoing.

When Lee & Man decided to enter tissue market in China, they set a clear goal – to enter the top three in the market within five years. They further specified the goal in three must-wins: to cooperate with leading suppliers, to use the best raw materials, and to produce first-class products.

So they turned to Valmet, and the story of the nine Advantage DCT 200 HS tissue machines at the Chongqing mill started.

When the goal was set in 2013, it looked almost impossible to reach, but less than five years later, Lee & Man had made it. The jumbo roll sales ranked among the top three in the Chinese market.

“Of course, we had challenges. Our schedule was very tight, and it was hard to find experienced staff. But when we started to cooperate with Valmet, things got easier. Valmet plays an essential role in our success,” Wei Chong, the leader of the project at the Chongqing mill, recalled. “From stock preparation to reels, with an extensive automation package, Valmet shortened our delivery schedule with its full-scope supply and resourceful planning. From engineering, installation supervision and training, to start-up and commissioning, Valmet’s experienced team ensured that things happened on time, and the startups were quite smooth: The shortest paper-on-reel time was two-and-a-half hours, and we reached a speed of 1,800 meters a minute in the first week.”

“From TM 4 to TM 17, we have set so many records together, and we worked more like one team. I would like to take this opportunity to thank Tomas Eklund and Ji Yongwei, Valmet’s project managers, and Liu Jijiang, Valmet’s site managers, as well as Lei Fengming, Zhou Chunjie, and Wang Chaoguang, Valmet’s startup managers, and the entire Valmet project team. Their cooperation with our team was perfect, the conditioning work was finished perfectly and on schedule, and the machines were running stably right after startup. We learned a lot from Valmet’s experts. One machine after another, step by step, we made it.”

From stock preparation to reels, with an extensive automation package, Valmet shortened our delivery schedule with its full-scope supply and resourceful planning.“

All tissue machines at the mill are equipped with extensive automation packages. In the picture Valmet’s project manager Tomas Eklund.

The Chongqing mill mainly uses bamboo fiber slush as raw material. It is not a material commonly used by other tissue makers.

“One reason why we chose to cooperate with Valmet is that we were satisfied with our raw material test in Valmet’s pilot machine in Karlstad. Valmet tissue machines are well adapted to support our production targets with bamboo fiber. That is unique. The softness and bulk of our unbleached tissue were quickly accepted and recognized by the consumers,” Wei added.

“I attribute the first-class quality to Valmet’s stock preparation and forming technology. The bamboo fiber was handled and formed well, which improved the tissue quality significantly.”

“We also found that the combination of steam-heated hood, Advantage ViscoNip press and cast Yankee dryer is a reliable configuration that enables low energy consumption with high production. When press dryness increased by 3 percent, we could save 12 percent of steam, which is a lot. All of these nine machines use this concept.”

“Furthermore, we are currently following official regulations to change fuel from coal to natural gas, which means increased energy costs. So energy-saving equipment matters more than ever, and will make our products more competitive not only on quality but also on price,” Wei summarizes happily.

All tissue machines at the mill are equipped with extensive automation packages.

“We rely on our automatic staff,” Wei laughs, “We built a new mill here in 2013. To employ experienced staff was our main challenge at the beginning, and it is still a problem nowadays since young people do not want blue-collar jobs. But Valmet DNA and Valmet IQ limit the impact from that.”

“Its integrated design, unified interface, and easy operation were preferred by our people. The machine, even including the chemicals, was controlled automatically, with only 2000 plus I/O, that is not easy. Valmet has leading technology.”

Valmet supplied nine Advantage DCT 200 HS tissue machines to Lee & Man from 2014 to 2018. All these machines have a width of 5.6 m and a design speed of 2,000 m/min, using virgin fiber or bamboo fiber slush as raw material. The production lines are optimized to save energy and to enhance the quality of the final product.

Established in 1994, Lee & Man Paper Manufacturing Ltd. has grown from a small company into a leading paper and pulp manufacturer. The company’s 6,500 employees are located at the company’s five production sites in China. The company has a capacity of seven million tonnes of container board, duplex board and tissue paper, as well as 180,000 tonnes of pulp.

“The softness and bulk of our unbleached tissue were quickly accepted and recognized by the consumers,” says Wei.

The art of maximizing production

Getting the most out of a production line in terms of capacity and paper quality demands a number of skills, the capability to run at high speed, reliable and efficient equipment, as well as the courage to push boundaries. Fabrica de Papel San Francisco has that all. 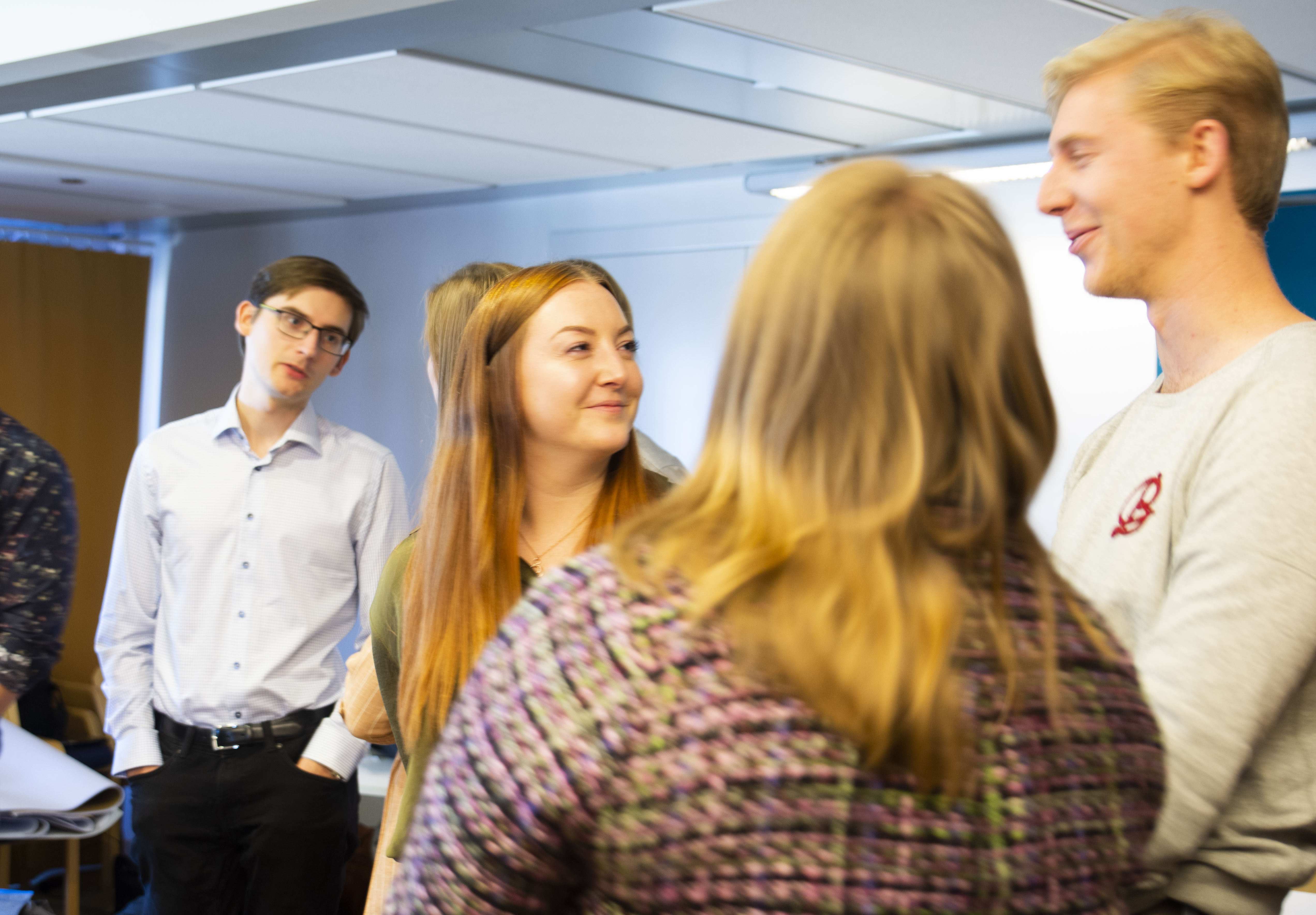 The 7th October the very first CRE8 4PEOPLE challenge was held in Karlstad. A competition based on Karlstad university’s method CRE8®, but with people and social sustainability in focus. A new collaboration between Valmet, Karlstad University, Innovation Park (local innovation society in Karlstad) and a local nonprofit organization.

Water is a scarce natural resource, and its consumption is something that needs to be considered in all industries today.

Valmet investing in the future

Valmet upgrades its pilot machines in 2018 to support paper, board and tissue customers in moving their performance forward. The upgrades increase the flexibility of the pilot trial possibilities even more.