Working across Valmet: Getting to know the company in different roles

Internal mobility across businesses and geographies has an important role in how Valmet develops and grows talent. A total of 40 percent of positions were filled internally in 2020, 6 percent of which were cross-organizational transfers.

Timo Ikävalko, Senior Process Specialist in Valmet’s Paper business line has been able to see the many phases of the company in different roles.

Timo started as a Master Thesis worker at Services business line in Finland 2002, and the next year he signed an official job contract.

“For three years I worked as a Service Engineer, spending a lot of time at customer sites,” Timo reminisces.

In 2006, Timo started to work as a Project Chief Engineer in Automation department’s fluid engineering team. During the upcoming years, he was selected for the position of Software Designer in the same department. 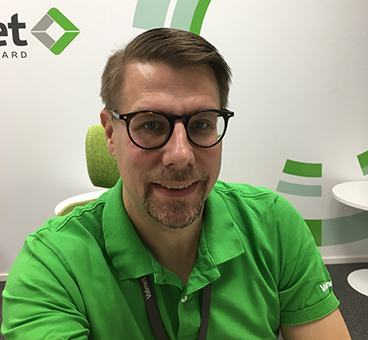 In 2014, Timo received an opportunity to work at Valmet’s mill site in Niagara Falls, NY, in the United States. He worked as the head of Automation team.

“Working abroad was very exciting and challenging. My responsibility was to get the automation and electric maintenance rolling and to find the right people for the right jobs. During the years I spent there I learnt a lot about the local culture and colleagues.”

Timo thinks that the experience abroad has been one of the highlights in working at Valmet. He was able to gather a good team, which served the customer well and has received very good feedback later.

“The joy of working has increased year by year”

Now Timo has been back in Finland for three years. He is currently working as a Senior Process Specialist in Valmet Performance Center, Paper business line.

“So many things have changed during my work history, especially in technology. Of course, this is how it should be, as we need to provide the best possible products and services to our customers and stay in the competition. Our business has also grown and developed a lot, and I think the joy of working has increased year by year. I have been very lucky to get to know the company from so many perspectives.”

During his years at Valmet Timo says he has always been able to find meaningful and interesting things to do and to combine theory and practice. In addition to applying to new roles, Timo has also participated in job rotations.

“Whenever I have gotten interested in certain processes, machines or equipment, sooner or later there has usually been an opportunity to work with my new interest. This kind of personal development is definitely a benefit in a big company and would not necessarily be possible in a smaller company,” Timo says. 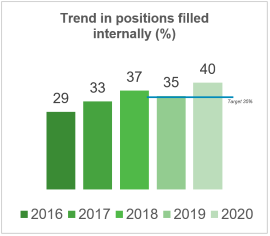 When Timo looks back at his career at Valmet, he feels that the biggest benefit has been that all his jobs have supported each other and strengthened his skills and know-how. He has been able to try new things without changing the company or industry.

“I haven’t really planned my career, but I have kept my eyes open for interesting opportunities. When you are in a need for new challenges, I encourage to look around what is happening in the workplace. I think it is respectful to have a long career with the same employer, and at least at Valmet, there have been so many opportunities to develop,” Timo says.

According to Timo, career mobility depends a lot on your networking skills and activity, but he also complements how well Valmet’s open jobs are promoted internally. Timo urges companies to offer more opportunities for employees to renew as it benefits both the employer and the employee.