The Iggesund Workington board mill in the UK has successfully applied a Valmet IQ Moisturizer in board production to achieve higher production rates especially with higher grammage products.

INCADA is the name of the folding box board produced at Workington. The board’s five layer construction with chemical pulp outer layers give INCADA is superior surface, printablity and strength qualities. It is the preferred packaging material among companies wanting to give their products good protection with low weight while still getting the best possible print results on their packaging. One of the processes on the Workington board machine to achieve the required properties is a machine glazing (MG) cylinder located in the drying section. This cylinder commonly called an MG or Yankee cylinder has a large diameter of over 6 meters, is steam heated and has a mirror-like polished steel surface. The paperboard web, containing about 40% moisture, adheres to this surface. The web dries in contact with the rotating cylinder until the moisture content is insufficient to maintain adhesion. The sheet then leaves the cylinder, retaining the high level of smoothness imparted to it by the polished steel without loss of thickness and maintaining good stiffness properties.

We’ve been able to increase machine speed by several percent, especially with the heavier grades.

To obtain good adherence to the MG cylinder and control of the release line where the sheet leaves the cylinder requires the right amount of surface moisture. The common control method for surface moisture and release line is to adjust the pre-dryer steam pressure, but naturally this method not only affects surface moisture but the total moisture of the sheet. As the drying process continues on smaller cylinders, too high web moisture after the MG cylinder can limit machine speed with post-drying a bottleneck to increased production.. “This was exactly our problem,” explains- Rolf Moring, Iggesund Workington’s development engineer. “We were struggling with the limited drying after the MG cylinder but had more than enough capacity in the pre-drying. We saw the opportunity that by increasing only the surface moisture we could improve stiction, the sticking of the web to the cylinder which gives us the surface properties we require.” 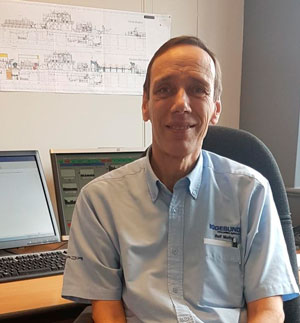 Recognizing that surface moisture, and within limits not overall web moisture, is the key to good stiction and release line, Valmet recommended that the mill employ a Valmet IQ Moisturizer before the MG cylinder to impart the ideal surface moisture to the sheet. According to Mark Norman, Iggesund Project Engineer, “Valmet recommended a moisturizer for the pre-MG application. Although a moisturizer is not so common for this purpose, they believed in the solution and were proved to be correct.” The IQ Moisturizer is the industry’s most advanced moisturizing system with applications in paper, board and converting production. IQ Moisturizer’s two-stage spray head provides a highly atomized, full cone spray pattern that is efficiently applied to the web. The uniquely small droplet size allows its use in applications close to surface treatment processes such as machine glazing. Prior to ordering, the mill conducted a test with a special one meter trial unit from Valmet that showed that the system would meet expectations. 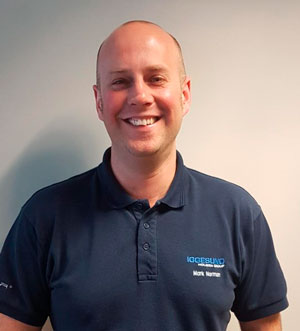 The Valmet IQ Moisturizer now provides the potential to run heavy grammage products faster by fully utilizing pre-drying before the MG cylinder. The moisturizer sprays the sheet just before the MG cylinder to give the required sheet surface moisture to stick to the cylinder, without excessive total moisture. ”We are more than satisfied, stiction is improved and we have been able to increase machine speed by several percent, especially with the heavier grades where drying after the MG was a problem,” says Moring.

Installation was made in three steps with the final beam installation and pipe work, that could not done when machine was running, done during a 19 hour maintenance shutdown. “The Valmet team worked well during the installation and start-up phase with completion without any H&S incidents and in line with the agreed time schedule. One point to note regarding the start-up and optimization was that there were no operational issues or disturbances which caused any loss of production from the machine. The equipment worked well from day one,” declares Norman.

The Valmet Moisturizer under the web on Workington’s board machine. Three nozzles of the two-stage spray head can just be seen in center of the picture.

Valmet IQ Moisturizer is a moisturizing system with applications for profiling, curling and calendering.

Save fibers, chemicals & energy. Increase the competitiveness of the entire value chain from the pulp, paper, board, and tissue making to final converted end products.

Not just paper but functionality

When it was facing with end-of-life issues of quality control systems (QCS), Neenah Coldenhove turned to Valmet for a new solution. The successful start-up of a Valmet IQ QCS on paper machine PM 1 in 2016 was closely followed by a second system on paper machine PM 2 the following year.

For Sappi Kirkniemi, Valmet IQ Quality Control System for supercalandering has enabled quality management and online verification, essential for the introduction of a new product in their manufacturing portfolio.