Valmet DNA turbine automation is based on the Valmet DNA process control system with special applications for turbine regulation, control and diagnostics.

E.ON’s Heleneholmsverket CHP plant in Malmö, Sweden, was able to increase the safety and reliability of its two radial steam turbines through a multi-stage automation and hydraulics retrofit project with Valmet.

Charming Malmö, located in the far south of Sweden, just across a strait from Copenhagen in Denmark, is the third largest city in the country and home to over 316,000 people, bustling businesses and industries.

One of the heat energy providers for them is the Heleneholmsverket combined heat and power (CHP) plant. Built in 1966, it is today owned and operated by E.ON, one of Europe's largest energy companies.

The plant is equipped with three boilers and two steam turbines, G11 and G12, with a capacity of 45 MW and 95 MW of electricity respectively. Total power capacity of the plant is over 500 MW. The main fuel is natural gas with oil and diesel used as auxiliary fuels.

Automation and hydraulics retrofit projects from the same supplier

“As the existing parts of the turbine protection system needed an upgrade, it seemed only natural to upgrade the turbine controller at the same time,” says Jesper Johansson, Site Manager at Heleneholmsverket. “Valmet came up with a very cost-efficient price for the upgrade; it was the first thing that became clear. And later it turned out that they carried out the installation and commissioning phases very well, too.” 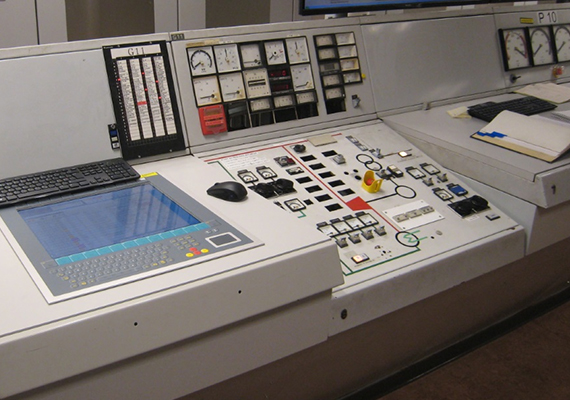 The delivery marked Valmet’s first steam turbine automation retrofit project in Sweden – and a very powerful entrance into this market sector. Whereas Heleneholmsverket had no earlier experience with Valmet’s automation solutions, Valmet knew the CHP process and had decades of experience with similar projects.

“Additionally, Valmet’s strength is that we are one of the few suppliers who can supply both automation and hydraulics retrofit projects. The fewer suppliers are involved in a project, the simpler it is for the customer,” adds Thomas Winemar, Sales Manager at Valmet in Sweden.

The retrofit project started in 2017 with the G11 unit for which Valmet delivered a Valmet DNA Turbine Controller to replace the existing obsolete controller and provide precise control of the turbine.

An integral part of the turbine automation solution was overspeed protection, including the installation of six new speed sensors to protect the unit against fatal damages and fulfill modern SIL safety regulations. Originally there had been only one sensor per generator end.

A year later in 2018, the delivery encompassed a Valmet DNA Machine Monitoring solution with new vibration protection sensors for both the G11 and G12 turbines, in addition to a new turbine controller cabinet for the G12.

Valmet DNA Machine Monitoring measures and analyzes the mechanical condition and performance of turbo generators and critical process machinery, based on vibration measurements and other machine parameters. Online machine condition monitoring works 24/7, thus providing the fastest possible way to act on problems and secure the production, protect the assets and increase safety in the working environment.

And last, but not least, Valmet’s delivery in 2019 featured a complete turbine controller for the G12 unit as well as an electro-hydraulic protection upgrade for both turbines. Old switches were replaced by new SIL-classified analog transmitters to provide operators with more information from the process. Old trip solenoid valves were replaced with a modern SIL3-certified 2oo3 hydraulic trip block.

Carrying out a turbine automation retrofit project in three stages over several years calls for good cooperation to succeed.

“All the projects went very well although the installation work took place at an old site which presented challenges in many ways. Communication was good, and both parties shared a clear goal,” says Jesper Johansson and gives special credit to the Valmet crew’s performance during the commissioning phase. “Heleneholmsverket is not a base load plant, and a lot of money could be saved through fast commissioning. Valmet really understood the importance of this. Commissioning was carried out with great focus, and very few problems came up, which indicates good preparation.” 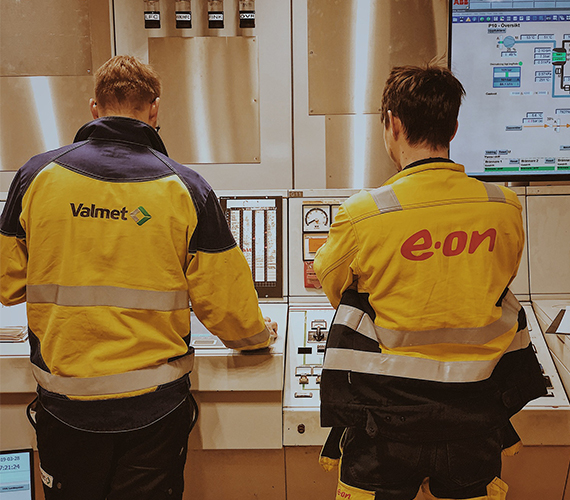 New turbine automation has brought major benefits both for Heleneholmsverket’s operators and the plant in general. “Now both turbines have the same type of turbine controller which is obviously a big advantage from an operator’s perspective,” Johansson goes on.

Thanks to modern automation solutions, the operators can now start up the turbines easier and faster as well as get significantly more information about turbine operation and condition compared with the data they got from the old system.

Control accuracy is much higher than what it used to be, and the operators can be sure that parameters stay at the set values thanks to the new controls.

“Collecting all the process data is a precondition for improving performance or reliability. Having access to data will allow Heleneholmsverket’s staff to analyze more accurately the operation and performance of their turbines and the plant,” Winemar remarks. “By using Valmet Industrial Internet capabilities, we would be able to support Heleneholmsverket to improve performance reporting related to the turbines and investigate together further optimization and savings”.

All in all, the retrofit project resulted in a reliable, easy-to-use and safety-enhancing turbine automation solution for years to come.

Contact us
Thanks to modern automation solutions, the operators can now start up the turbines easier and faster as well as get significantly more information about turbine operation and condition compared with the data they got from the old system.

Control accuracy is much higher than what it used to be, and the operators can be sure that parameters stay at the set values.
﻿

BKK Varme is the largest energy company in western Norway. At its incineration plant in Rådalen, Fana, near Bergen, the company is responsible for waste handling from about 320,000 inhabitants in the local municipalities. To replace the outdated PLC system, Valmet’s steam turbine automation has been taking in use.

One of the latest investment projects of Kotkan Energia includes the replacement of the outdated turbine automation of the bio power plant with modern technologym, Valmet DNA.