Even thinner label papers thanks to new metal belt 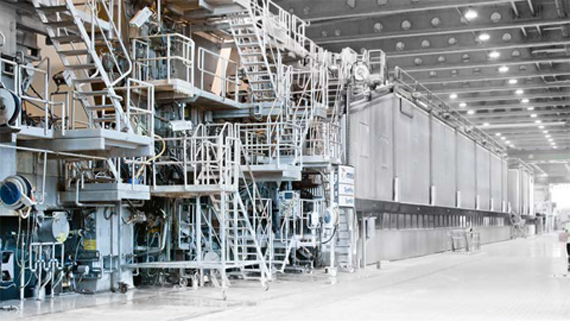 A papermaker once said “It’s hard to make a machine longer but we really need to increase capacity.” A dilemma indeed. However, it did not take long for a group of Valmet’s innovative engineers to come up with a solution: Why not close the draw between press and dryer section with a heated metal belt that boosts both dryness and runnability? Several blueprints and long test drives later, the first OptiPress with metal belt technology started up in UPM’s
Tervasaari mill in 2012. The concept worked.

PM 8 at the Tervasaari mill, which produces label release base papers, went through a renovation that included a press section rebuild along with modifications throughout the paper machine line. The targets were to increase speed and further improve paper quality, as well as increasing the capacity of the paper machine by 30,000 tonnes annually.

The heart of the investment in PM 8 was the rebuild of the existing center roll-based press section with Valmet’s latest innovation: a new steam-heated metal belt application. The new metal belt technology closes the draw between the press and dryer sections, increases dryness, and improves end product qualities, such as strength. The increased dryness and the higher web temperature after the press section also allow higher temperatures for the first dryer cylinders, so the drying of the paper web starts more quickly.

The new press section with metal belt technology has delivered what was promised: The draw between press and drying section has decreased significantly. Water removal is more effective as the dryness after the press has increased significantly. The concept also has positive effect on paper quality. Runnability has also improved and thanks to the rebuild the maximum speed of the paper machine has considerably increased.

The investment was UPM’s way of meeting its customers’ increasing demand for label papers. The new technology enables the production of even thinner high-quality papers. The better efficiency of the paper production and material usage improves the competitiveness of label papers. It also strengthens the competitive position of paper-based labelstock compared to other available materials and alternative product decoration techniques.

This was not the first time that UPM had soug 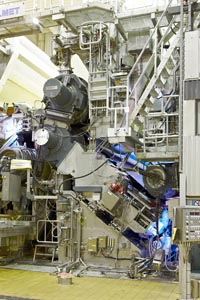 ht a competitive advantage with Valmet’s novel technology; UPM and Valmet have a long history of co-operation. The Tervasaari mill has adopted five totally new papermaking technologies over the past eight years. One example is the first OptiDry vertical impingement dryer adopted in 2006, which improved drying capacity enough to achieve increases of over 20% in production.

Valmet’s new metal belt technology closes the draw between the press and dryer section, increases dryness and improves end product qualities such as strength and porosity.