Stora Enso, which has the strategy of being the Renewable Materials Company, is leading the way in developing new qualities of kraft lignin. This renewable raw material has big potential to substitute for less environmentally friendly polymers in a wide range of applications.

Lignin, the “glue” which holds cellulose fibers together in wood, gets its name from the Latin word lignum, which, unsurprisingly, means “wood.” Lignin makes up around 25 to 35 percent of the dry mass of wood, depending on the species, and is the second most abundant organic polymer on Earth, exceeded only by cellulose itself.

Pulp and paper makers are of course very familiar with lignin, because it is the complex cross-linked phenolic polymer that must be removed from wood in the pulping process, while leaving the cellulose fibers intact for papermaking. Until today, almost all the lignin separated during pulping has been used as a non-fossil-based fuel which is combusted in the recovery boiler to generate steam and power for the mill processes and local communities. However, scientists have always been interested in doing more with lignin to find more profitable uses.

Now, based on several drivers that have come together at almost the same time, the pace of activity to find wider commercial uses for lignin is quickly increasing. Perhaps the biggest driver is the growing rejection of traditional plastic materials by both consumers and the authorities. In turn, this is due to the several negative features of petroleum-derived plastics, including their reliance on dwindling fossil reserves, large CO2 footprint and lack of biodegradability.

The world leader in pioneering the technical and commercial developments to find more uses for renewable low-carbon impact lignin is Stora Enso, the Swedish-Finnish company, which also has the distinction of being one of the world’s oldest manufacturing companies, tracing its roots back to copper mining in Sweden in 1288.

Now among the largest and most modern bio-materials companies in the world, Stora Enso decided to invest in an industrial-scale LignoBoostR kraft lignin production plant from Valmet, which started up in late 2015. Located at its Sunila mill in Finland, the line has a capacity of 50,000 tonnes per year of extracted lignin, branded LineoTM by Stora Enso, making it the world’s largest producer. Domtar in the USA is second, with 25,000 tonnes lignin per year.

Many promising uses like batteries, binders and carbon fibers

Stora Enso is working on its own ideas to develop products from lignin, as well as delivering it as a raw material for other companies to process for their own uses. Among the many promising and growing areas it is targeting are energy storage, binders and carbon fibers. 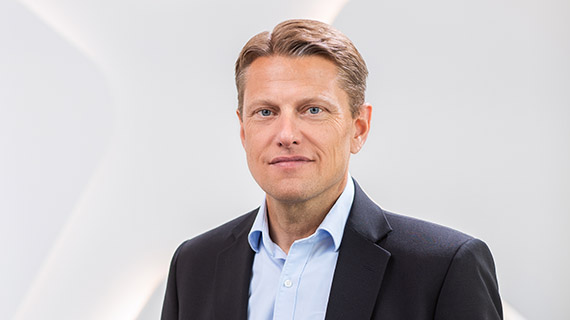 “We believe there will be strong demand for lignin in the long run, and we’re happy to see more producers of lignin in the world,” says David Almqvist.

For example, in lithium-ion batteries, synthetic graphite, a non-renewable material, can be replaced by lignin-derived carbon-based anode materials. For binders and adhesives, lignin can substitute for a wide variety of petroleum-derived compounds. And for the rapidly growing carbon fiber market, it can replace PAN (polyacrylonitrile), an oil-based raw material.

The level of interest and flow of potential ideas has been remarkable, explains David Almqvist, Vice President for Emerging Business in Stora Enso’s Biomaterials division. “We’re seeing huge and growing interest in lignin from a very wide variety of industries. You can name almost any sector, and they’ve been in contact, which I think is because it’s so rare to see such a versatile new bio-based material becoming available.”

Of course, Almqvist says that Stora Enso is actively approaching customers and companies in those areas where it sees the best opportunities to valorize lignin. And the market pull is also very impressive, as evidenced by the many diverse inquiries and ideas he sees coming into Stora Enso. It’s clear that the key driver is the fact that LineoTM is a bio-based material.

“Many companies across various industries have strategic plans to move toward bio-based products and are willing to pay more for them,” says Almqvist. “Awareness of and interest in lignin-based products has thus significantly increased in recent years, because they want to include all or at least some bio-based components in their products. And there’s an understanding that it may cost a little more for something that is carbon neutral.”

This doesn’t mean it’s a simple task to achieve this changeover from fossil-based to fossil-free. “Of course, coming with a brand-new chemical to traditional industries means there’s a certain learning curve for using the chemistry of this biobased replacement material to the full advantage. We’re now seeing growing interest in doing this, with more receptivity than was previously the case.”

New investment is a big vote of confidence

As the LineoTM business has been steadily developing, Stora Enso has just decided to add a granulation and packing plant at Sunila to allow easier packing and handling. The new packaging line will start in early 2022. This latest investment is a clear vote of confidence, showing Stora Enso’s strong belief in lignin for the future, a fact that was underlined in comments recently made by the company’s CEO Annica Bresky.

Stora Enso’s LignoBoost plant is located in Sunila Finland, with the capacity to produce 50,000 tonnes of kraft lignin per year.

“Lignin is one of our key innovation areas for delivering growth in new applications such as energy storage, binders and carbon fibers,” Bresky stated. “As the largest lignin producer in the world, we’re investing in this granulation and packing plant to reduce both packaging and transportation costs, while making granulated lignin easier to handle for our customers.”

Timing is everything, and the future is exciting

Considering the growing awareness of the plastics problem around the world and the search for renewable components to replace them, Stora Enso’s timing in lignin couldn’t be better. Almqvist agrees.

“Stora Enso has an innovation center in Stockholm, Sweden, where more than a hundred people are looking into what kind of new products can be made from biomaterials. Our ability to make 100 percent bio-based material is quite unique, and we’re confident that anything that is made from fossil materials today can be made from wood tomorrow.”

“When it comes to the future of lignin, while we’ve come a very long way over the past three or four years, we think the next three to four years are going to be even more exciting. We believe there’ll be strong demand for lignin in the long run, and we’re happy to see more producers of lignin in the world. We feel this is a fight against fossil materials, not within the pulp and paper industry. The market for lignin is so big there’s room for all of us to be in this game.”

In May 2021, Stora Enso launched its latest lignin-based innovation, NeoLigno® by Stora Enso. NeoLigno is a fully bio-based binder system without formaldehyde and isocyanates, thus, providing healthier indoor and working environments. This new binder demonstrates the unique properties and potential of lignin.

NeoLigno is a bio-based, high-performing alternative for industries currently using fossil-based binders or hazardous chemicals. Initial target applications for Neo-Ligno are in particleboards and insulation materials used in the building and construction industry.

LignoBoost® allows pulp mills to extract lignin and sell it in a wide range of profitable businesses.

Sunila makes the most out of lignin

Sunila makes the most out of lignin