PQ Corporation is a leading global producer of silicate, zeolite and other performance materials serving the detergent, chemical, petroleum and catalyst markets among others. At PQ Nederland B.V., in Eijsden, the Netherlands, the production is operated with Valmet’s automation technology.

PQ provides customer solutions through its knowledge of silica-based chemistry. At the Eijsden site, zeolites as ingredients for washing powder and water glass (silicate) as a base material for zeolites are manufactured in five shifts throughout the year. To carry out conventional service work and automation upgrades, the site schedules an annual maintenance break.

PQ is highly engaged with sustainability in its business manufacturing and strives to distribute products in a responsible manner to protect the environment as well as to enhance the safety of its employees and the community. 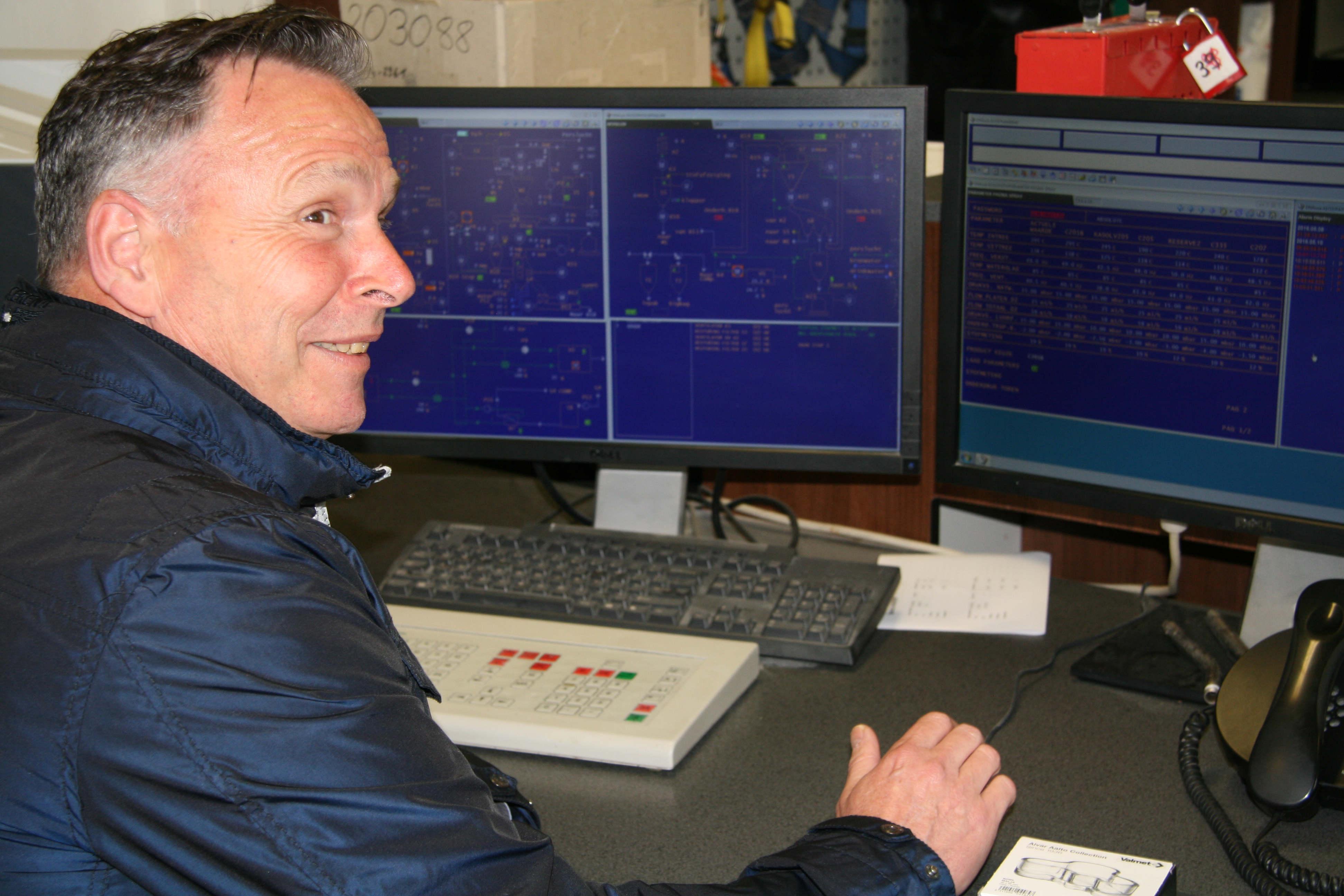 Ben Leistra, Process Control Engineer, explains the state of the business: “For ecological reasons, zeolites are used as ingredients in the laundry detergent market to replace phosphates. Initially, these minerals were found in nature within rocks of volcanic origin. When heated quickly, the rocks released water and started to boil. Today, zeolites are used to soften the water and reach a better washing result.”

Ben Leistra is familiar with many generations of Valmet’s automation solutions, starting with Valmet Classic in the 1990s when the company’s name was Crosfield Eijsden and it was owned by Unilever. When the owner changed to PQ, this same group of people in the Eijsden location provided maintenance and engineering services for the Maastricht location. At the time, the company was looking for a reliable automation solution and a local University recommended to select Valmet’s automation system. This group took the advice very seriously and has had Valmet as a partner for 25 years.

Damatic Classic from Valmet was the first automation system to serve batch processes. As the person responsible for automation, Ben Leistra is interested in the latest automation technologies. Now the last upgrades have been made with the Valmet DNA automation system. The batch processes are handled with sequences and recipes in the DNA process stations. The batch reporting application is based on the Historian database, including all communication with the laboratory.

Ben Leistra is responsible for the investments within automation and information systems. The company starts with the budgeting process in August. To maintain the demanding process, every upgrade has to be thoroughly implemented to avoid any unexpected failures in the process. And so far, no shutdowns have occurred because of the automation.

The operation is carried out for both lines – zeolites and silicate – from the same control room. During each shift, two main operators are in the control room. In total, 50 operators – 10 in each shift – are available, but they also have others tasks in the field.

Jan Bergstein von Valmet in front of the picture of the factory in Eijsden.

"The first replay function was developed here at our site, specifically for our needs, together with Valmet. Today, the feature has been further developed and is in use every single day. It is easy to use. Plus, the trends are visually quick to interpret and understand. No other computers are needed,” explains Ben Leistra.

The replay function has an essential role at PQ. Valmet’s DNA Operate TEA, the Trend and Event Archive, is a functional extension to the control room. It gives users access to the trend and event history. An operator learns from a collected process history with trends, replay as well as alarm and event analyzing tools. 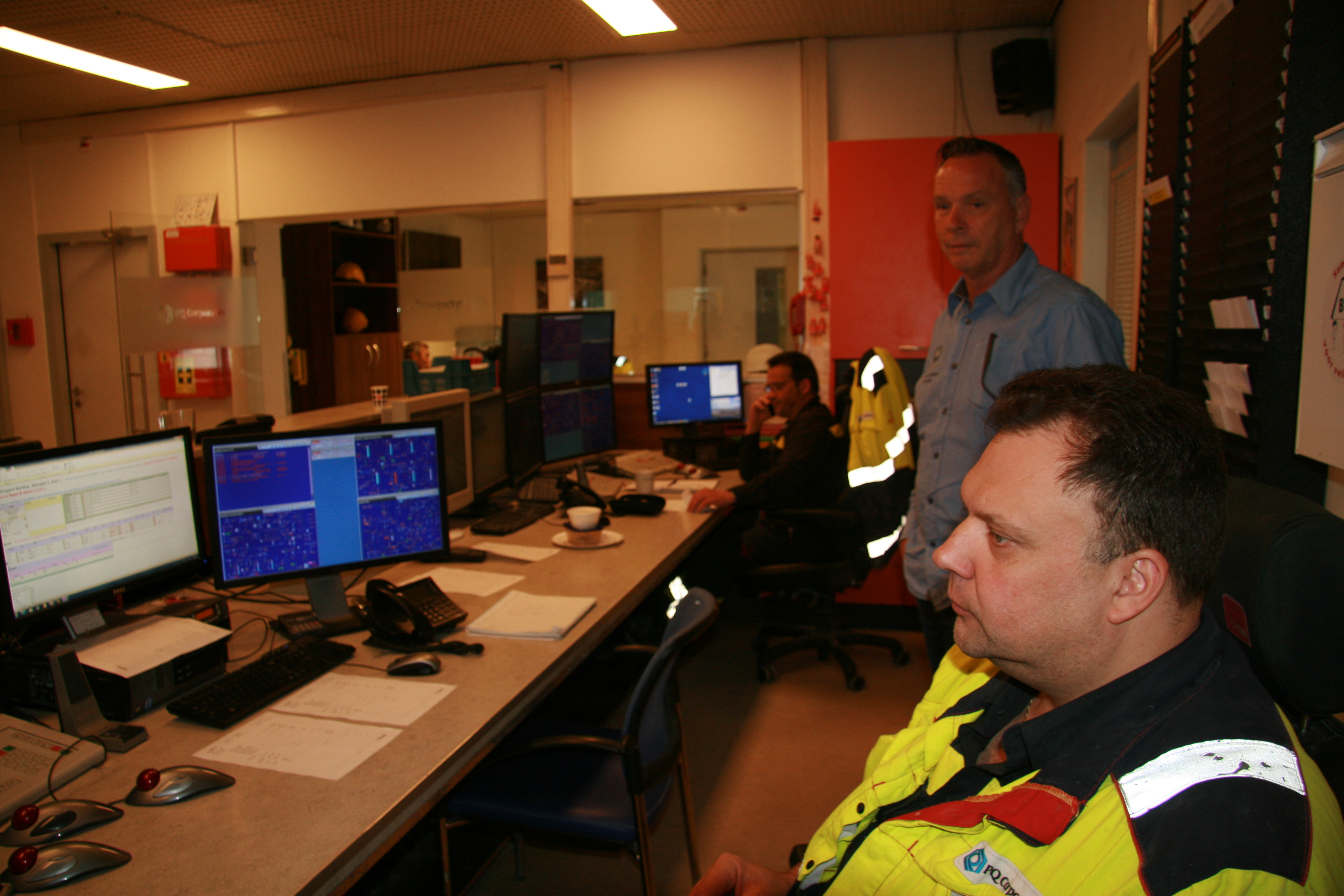 To train the operators, a virtual training system has been taken in use. The virtual environment is identical to the existing Valmet DNA automation system in the factory. This type of training helps and supports operators when testing new features. This also means that data security risks and human errors can be eliminated. According to Ben Leistra, the virtual training possibility is used very often in the factory. It contributes clearly to the professional skills of every user of the system. “It’s a safe place to train because now we are able to test everything before installing it. And we can learn more about the real process,” says Leistra.

A high level of automation has been attained at the chemical factory in Eijsden. Approximately 10,000 I/Os are in use to secure the production of zeolites and silicate.

Ben Leistra also emphasizes the importance of modularity in an automation system. It makes the upgrades easier to plan and execute, and even allows changes to be made. Valmet’s automation systems have always been compatible with the next-generation system. For instance, there is no need to rewrite existing applications when hardware is changed. Also, new product features can easily be added. And today, remote control is always in use.

On time, on budget

“The timeline for projects with Valmet is always well planned and kept. It might not always be easy, but all issues are solved on time and on budget. It’s the end result that counts,” confirms Ben Leistra. 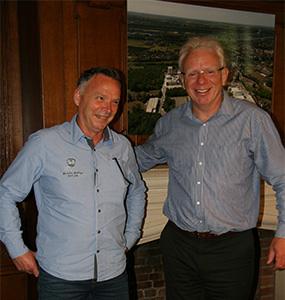 Depending on the project, the Factory Acceptance Test (FAT) is performed at Valmet’s premises or by the customer in Eijsden. Since PQ Corporation has very high standards for the work, it has been a good basis for projects: Valmet is familiar with the customer’s practices and respects the guidelines.

Cooperation with suppliers brings real customer value. Long-term business relationships are based on trust. “We build a good combination together. We have the process knowledge – and Valmet has the automation expertise. Although we want to invest in the latest technology, something traditional always stays on thanks to the wishes of the operators. This time, it’s the dark blue background color of the user interface displays,” Ben Leistra laughs.

Contact us
The timeline for projects with Valmet is always well planned and kept. It might not always be easy, but all issues are solved on time and on budget. It’s the end result that counts"
Ben Leistra, Process Control Engineer, PQ Nederland B.V.

Valmet as an automation partner already for 25 years

Valmet's inventions in Distributed Control Systems (DCS) give you complete control of all your processes and provide user-friendliness and transparency that go far beyond traditional automation systems.