I am convinced that with this investment we have made the right move."
Ingo Nieke, Head of the Power Plant

Valmet offers you the convenience and simplicity of a stand-alone gas turbine control combined with the thoroughness of a fully integrated system.

The company K+S KALI GmbH is one of the leading producers of potassium and magnesium salts worldwide with six manufacturing plants in Germany.

The Zielitz potash plant in Saxony-Anhalt is the largest single site and mines potassium-containing crude salt with an annual production of about 12 million tons.

The originally turbine automation was shipped with the gas turbines upon commissioning in 1995 and was designed as a classic black box and was not capable of meeting K+S growing requirements for a modern and transparent turbine control system. 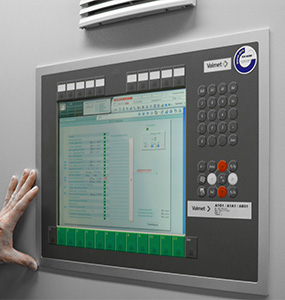 The new automation solution of the Valmet contains the gas turbine automatic control and regulation with Valmet DNA, the vibration and the overspeed protection, as well as a trend and alarm management system with modern and open analysis tools on a common automation platform. The automatic control and regulation tasks are accomplished with a highly available and redundant ACN MR process controller made by Valmet. The automation solution includes tasks such as speed control, load control, combustion control, emission control, and also start-up, shutdown and cooldown of the gas turbine.

The Valmet DNA gas turbine control system is a component of the Valmet DNA process control with turbine-specific functions on the hardware and software level. Valmet DNA offers a selection of over 50 different communication protocols and thus ensures easy linkage to systems of other manufacturers. 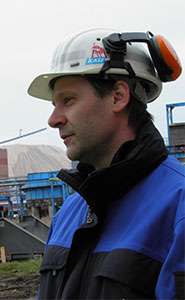 Ingo Nieke, head of the power plant, K+S KALI GmbH in Zielitz expresses satisfaction with the investment in the new turbine control system. All requirements related to the new system were complied with despite the short project time due to operational activities. The first Solar Taurus 60S gas turbine is running with Valmet's automation system Valmet DNA since October 2015. Mr. Nieke describes the project flow as follows: “Despite the very short time scheduled for the implementation of the new system, the new system works really excellent.”

The second turbine at the Zielitz site will be retrofitted in June 2016.

Automation of the turbine has improved with the Valmet DNA. Most notably, there is much more information from the turbine available. Ingo Nieke: “We now get a much better idea on how start and stop operations take place. That is, we know the state of the turbine during the start sequence, why a sequence was canceled, where the errors are, and so on. Now we are able to actively focus on the errors, and the new automation has made the job much more convenient.”

Ingo Nieke accounts that the emission levels are now much lower: "We are at 16 mg/ m3. This is a very good value. One of the reasons for investing was compliance with emissions on the legal level.”

Since the values are stipulated by law, they are regularly checked by the authorities of TÜV Nord. With Valmet’s new advanced control technology and the modern control algorithm, emissions are so low that they only reach a fraction of the permissible limits.

Arthur Luda, plant operator, is very pleased with the possibilities of the new system. “Compared to the old black box system, Valmet’s user interface is much clearer and configurable. Data is retrieved faster on the screen. And above all, there is much more information available.”

In the control room Arthur Luda and his team utilize the Valmet DNA Favorites menu to show selected images in context. Those add to user-friendliness and they are easily and as an addition to the main view displayed on the monitor.

A positive side effect - more power

Since the automation upgrade, the gas turbine’s process behavior has improved, and made a capacity increase possible. Ingo Nieke: “We have approximately 200 kilowatts more capacity than previously. That is indeed noticeable, because we now draw less electricity from the grid. This is the positive side effect of this project.”

“Now we have an operational condition that is much more stable,” confirms Ingo Nieke. “The automation system of Valmet is open. We can see what is happening in the process. This was also a requirement of our call for tenders.”

Arthur Luda (in front) and Ingo Nieke in the control room.

A retrofit project can be time consuming. To counter this, on-site conditions and the actual state of the existing automation were checked and analyzed in advance. Valmet experts studied the documents and ensured that implementation included preserving all of the functions from getting lost.

“Valmet experts performed the work with the objectives in mind, and you could tell that they have a lot of experience with similar projects. I am still convinced that with this investment we have made the right move,” Ingo Nieke reaffirms. 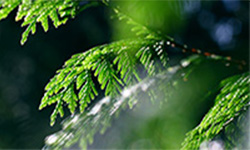