1,000 MWe installed base for Valmet’s gas turbine automation after a decade – and growing stronger

Valmet is known for automation control system superiority when it comes to efficiently running equipment used in energy, pulp and paper and other industries. But when it comes to turbines, Valmet is a relatively new name.

“All deliveries have had their challenges and rewards,” says Johan Musch, Product Manager, Gas turbines, “but I am most proud of our team of specialists with their can-do attitude who have seen us through. Especially in the early years, it was difficult to get recognized.” 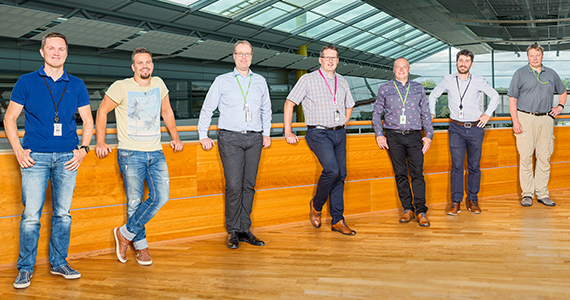 Why turbine automation is important

The turbine is one of the most important components in a plant and a key component in energy production. “It’s a huge advantage when we can integrate turbine automation as part of the main plant’s automation system,” says Pasi Voutilainen, Sales Director.

Regardless of the source – solar, geothermal, biomass, hydrogen or other – turbines are needed to turn the energy into electricity.

“Steam turbines are one of the most highly efficient ways to produce electricity,” says Eetu Oittinen, Engineering Manager, DCS & Turbines.

“Specific types of gas turbines back up the power for highly fluctuating renewables by starting up quickly to support the grid,” Johan explains.

“Rivers and water will still be there in hundreds of years from now. Hydro turbines will still exist and be a carbon-neutral way to produce electricity,” Rupert Kerschbaum, Product Manager, Hydro turbines, predicts.

“We started out in our backyard, implementing and applying newly developed hardware and software. Our customers in Finland had already been asking us if we could implement turbine controllers within our Valmet DNA system,” says Johan.

“I’m especially proud of our first turbine controller projects,” says Pekka T. Niemi, Senior Specialist. “That’s when we first began to create the foundation for our offering and confidence that we could even break into turbine automation.”

“But it was challenging to move outside our domestic market and start to gain a foothold abroad. Thanks to the help of our Value-Added Reseller network, we were able to roll out our gas turbine applications to Malaysia, Germany, Nigeria and more,” he continues.

One of the first steam turbine renewal projects delivered by the growing turbine automation team was implemented for the Haapavesi power plant in 2008, significantly increasing availability and energy savings, although the company has been delivering automation for steam turbines for much longer.

Valmet won its first hydro turbine breakthrough in 2011 for Ilarion in Greece after three hard years of work. This was followed by the large-scale Felsenau hydro power plant project in Bern, Switzerland, consisting of the whole automation system with a tricky water level control.

“After this, the spirit of hydro started to spread inside Valmet,” Rupert says with pride. 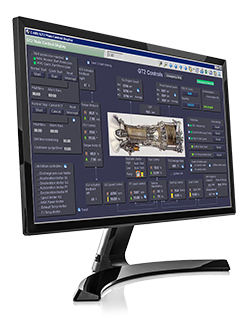 But the team unanimously agreed that their first delivery for marine turbine automation in 2017 - 2019 was the most rewarding. With extremely tight schedules, strict marine regulations and working conditions - the delivery fronted us with many complicated challenges.

“When we finally managed to gain the customer’s full satisfaction, it showed we could handle the most difficult issues given to us,” says Johan.​​​

“Along with our solid Valmet DNA turbine automation solution, we also greatly increased our knowledge of turbine hydraulic and field instrumentation over the decade,” says Tom Bäckman, Sales Manager.

Valmet’s strength has been to offer a complete concept: from turbine controllers, including automation, machine monitoring and information management, along with the possibility to integrate them into a plant-wide distributed control system.

“It’s not a black box,” Pekka points out, “but rather part of the entire plant’s automation system. For the end customer, this definitely provides the best possible turbine performance.”

The next target is to offer more machine learning and predictive maintenance, so customers can save money by being able to better optimize their machines.

Predictive maintenance is becoming key in the turbine business, so Valmet is providing its machine monitoring system for rotating machines. Customers need the information it produces to plan shutdowns in advance and avoid any premature breakdowns. 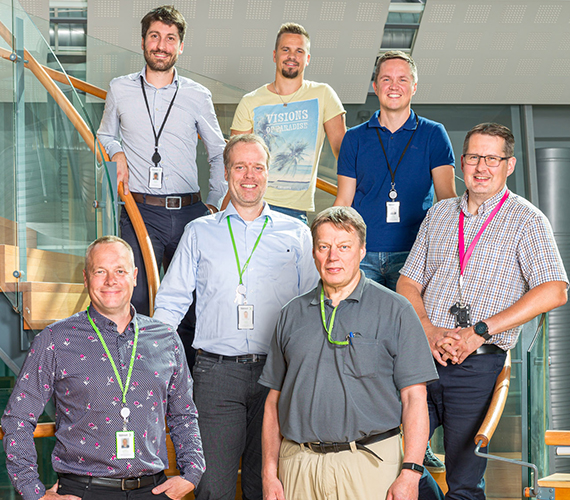 Safety and usability will be the key drivers in the future. Turbines need to run safely and reliably, without unplanned outages.

Our business is growing as we put our customers first. Customer satisfaction is vital to us.

Contact us
It’s a huge advantage when we can integrate turbine automation as part of the main plant’s automation system.”
Pasi Voutilainen, Sales Director

Valmet's one-stop shop for your turbine automation over the whole turbine’s life cycle.