This climate action is only possible in this way in Tampere 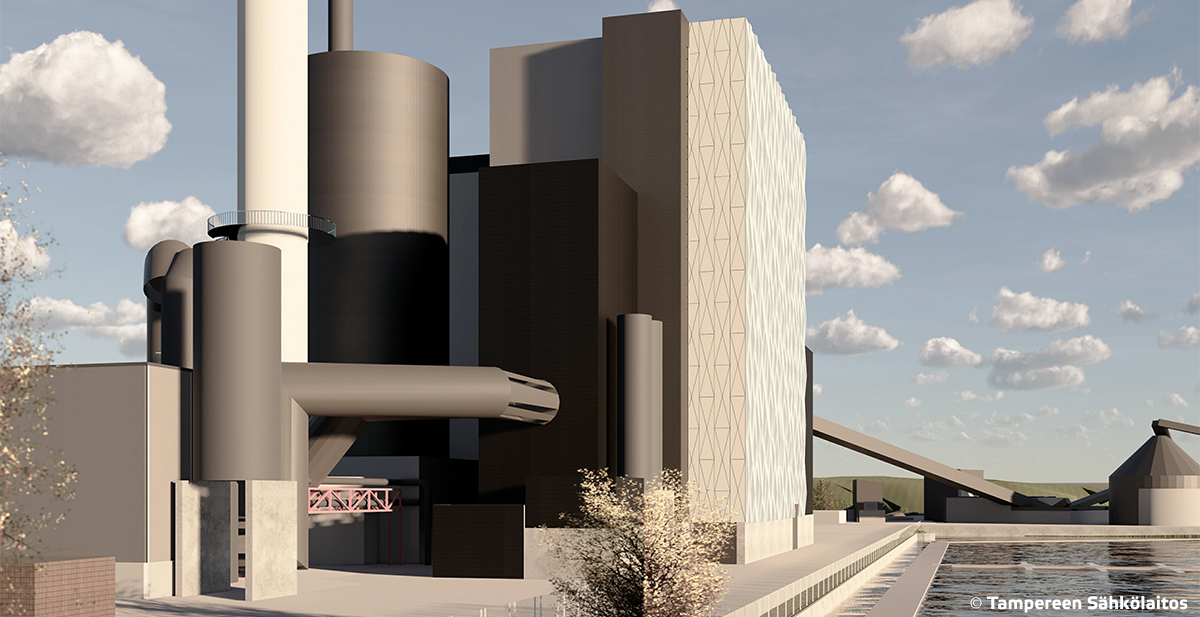 A power company based in Tampere, a globally operating local plant manufacturer and the region’s forests meet in a unique way when Tampereen Sähkölaitos generates environmentally friendly electricity and heat using equipment supplied by Valmet and the biomass found in the nearby area.

The energy shift initiated by Tampereen Sähkölaitos in 2010 from fossil fuels to renewable sources of energy while strongly decreasing CO2 emissions has led to numerous actions that protect the climate. The next stage is the Naistenlahti 3 power plant, which will be completed at the end of 2022. Behind the ambitious environmental and energy initiative, there is also an astonishing amount of local expertise and cooperation between parties located in Tampere. In the core of it all are the Tampereen Sähkölaitos electricity company and Valmet, a technology corporation that has its energy business headquartered in Tampere.

“I wonder if there is a similar situation in any other city in the world, at least in the Tampere scale, where the boiler supplier and the power company are operating in the same city,” says Jussi Laitinen, CEO of Tampereen Sähkölaitos, reflecting on the uniqueness of the cooperation.

After the renovation of the Naistenlahti plant, the district heat production in Tampere will mainly be based on bioenergy and circular economy. Emissions will be the lowest among larger cities.

Cooperation for a half a century

Valmet has also been the boiler supplier for the company’s current plants in Naistenlahti, Lielahti, Hervanta and Sarankulma. In addition, Valmet has supplied a flue gas cleaning and heat recovery system for the energy recovery plant of Tammervoima, a subsidiary of Tampereen Sähkölaitos. In addition to equipment, Valmet has supplied Tampereen Sähkölaitos with automation and control systems and maintenance and spare part services.

“The Naistenlahti 3 boiler is an important order for Valmet. Our mission is to provide our customers with sustainable solutions from renewable resources. In addition, this whole action is fully implemented within Tampere, and we are proud to be able to participate in it,” says Kai Janhunen, Vice President of Valmet’s Energy business unit.

The cooperation between the electricity company and Valmet began during the oil crisis in the early 1970s.

“The mayors of Oulu and Tampere contacted the boiler factory with the oil crisis in their minds, and since then, large boiler plants have been delivered in Tampere to the electricity company owned by the city,” Laitinen says.

Valmet’s energy business is in fact a traditional part of industry in Tampere.

“The history of the boiler business goes back to the banks of the river flowing through the city. I joined the Tampella power company there myself as a summer employee in 1989,” Janhunen says.

The Naistenlahti 3 order, with a value of EUR 70 million, is very important for the region’s economy.

“The project organization for the construction of the boiler plant is located in Tampere, and a lot of engineering is also carried out here. Our own production at the Lahdesjärvi workshop focuses on the main components of the plant, in addition to which we employ other domestic manufacturing operators and subcontracting chains,” Janhunen says.

Valmet also has the Messukylä pilot plant in Tampere, where the company develops its energy production solutions and can test the different fuels of its customers.

Jussi Laitinen is very pleased with the fact that Tampereen Sähkölaitos, owned by the City of Tampere, has been able to offer a technology development platform to Valmet, a representative of the local industry.

“It should also be remembered that Valmet was chosen as the supplier through a regular procurement process, so the company is also very competitive,” he adds.

Special attention has been paid to the architecture of the new Naistenlahti 3 plant. For instance, the facade facing the lake features a multiform aluminum profile. The city milieu has been taken into account in the design and, among other things, noise issues have been solved.
A virtual illustration of the Tampereen Sähkölaitos Naistenlahti power plant.

Energy sources in the region’s forests

With the new boiler in Naistenlahti, the use of wood as a source of energy will increase by 60%.

“We are already the top user of biofuel in the Pirkanmaa region, producing energy mainly from energy fractions of wood used by the forest industry,” Laitinen says.

The electricity company’s ambitious plans to increase the use of wood chips in the production of electricity and heat will provide significant employment to the value chain from the region’s forests to the power plant.

“If the amount of wood chips we need was thought of as an anthill-shaped pile, its height would need to be measured against the Näsinneula observation tower – and we would need two of such piles each winter,” Laitinen says.

The article was published in Aamulehti on 14.5.2020
as part of commercial cooperation with Tampereen Sähkölaitos.

The new power plant will produce electricity and heat in Tampere, primarily from renewable biomass. Milled peat will remain as a secondary fuel.

The boiler of the power plant will be supplied by Valmet. It will be handed over to Tampereen Sähkölaitos at the end of 2022. Valmet’s CFB boiler plant is based on circulating fluidized bed technology.

The value of the order is around EUR 70 million. The cost estimate of the whole Naistenlahti 3 project is EUR 160 million.

Naistenlahti 3 is a part of the electricity company’s series of climate actions, started 10 years ago, in which fossil fuels are being replaced with renewable, domestic sources of energy and carbon neutral production is advanced.