Valmet’s OptiCalender Multinip has been selected as a finalist in Finnish Engineering Contest. OptiCalender Multinip is a major invention that revolutionized traditional multinip calendering technology with a simple mechanical solution. The invention was made in 1993 and stands the test of time. Over the years, Valmet has so far manufactured and sold calenders based on the invention worth an estimated EUR 1 billion.

One of the finalists of Finnish Engineering Contest (the article in Finnish) will receive the EUR 30,000 prize. The finalists were selected just recently and are the following (all the articles in Finnish):

Customer needs are driving forces in Valmet's innovations, R&D and Paper Technology Center activities making them an very important part of Valmet's everyday life. ”It is great that Valmet’s multinip calendering invention and the inventors Juha Lipponen and  Pekka Koivukunnas received recognition. OptiCalender Multinip has been one of Valmet’s spearhead products over the past 25 years. The invention has brought work and income for hundreds of employees of Valmet and partners alike. In the past few years, OptiCalender Multinip has been sold especially for the special paper making machines (release, label grades),” says Director Petri Rasinmäki, Board and Paper Mills Business Unit of Valmet.

OptiCalender Multinip is a real-life example of a revolutionary invention that emerges from the simple insight of a graduate worker and his supervisor. Juha Lipponen and Pekka Koivukunnas, who worked at Valmet at the time, realized how to build a multinip or multi-roll calendering machine better: how to compensate for the gravity of the rolls to increase the calender capacity.

Prior to the invention of Lipponen and Koivukunnas, the main method of loading the vertical roll stack was gravity. The mass of the rolls could not be relieved to the machine frames. In the vertical track, there was always an increasing load as the rolls loaded each other cumulatively downwards.

Valmet realized the value of the invention, patented the idea and developed the new products. The first OptiLoad calender (today OptiCalender Multinip) was launched in 1996. Valmet gained the market leadership with multinip calenders with the invention of Lipponen and Koivukunnas.

The EUR 30,000 prize is awarded annually by TEK and TFiF. Whoever was able to propose candidates for the prize. The five finalists were selected by TEK’s Technical Committee. The final decision will be done by the Boards of TEK and TFiF. The prize will awarded in June, 2020. TEK is the largest organization for academic engineers and architects in Finland, with a professional community of 70,000 women and men. Finnish TFiF has about 4500 members and is the only association for Swedish speaking MSc in engineering or architecture, or a corresponding degree in mathematics or natural sciences. The association has about 1000 student members.

The piloting services for the entire paper and board making process

Valmet’s multinip calender is used both in off-line and on-line applications. The OptiCalender Multinip loading principle makes it possible to load all nips with the same linear load, resulting in efficient plasticization of paper in the very first nips. Profiling performance is affected by the number of control zones on deflection compensated bottom and top rolls. 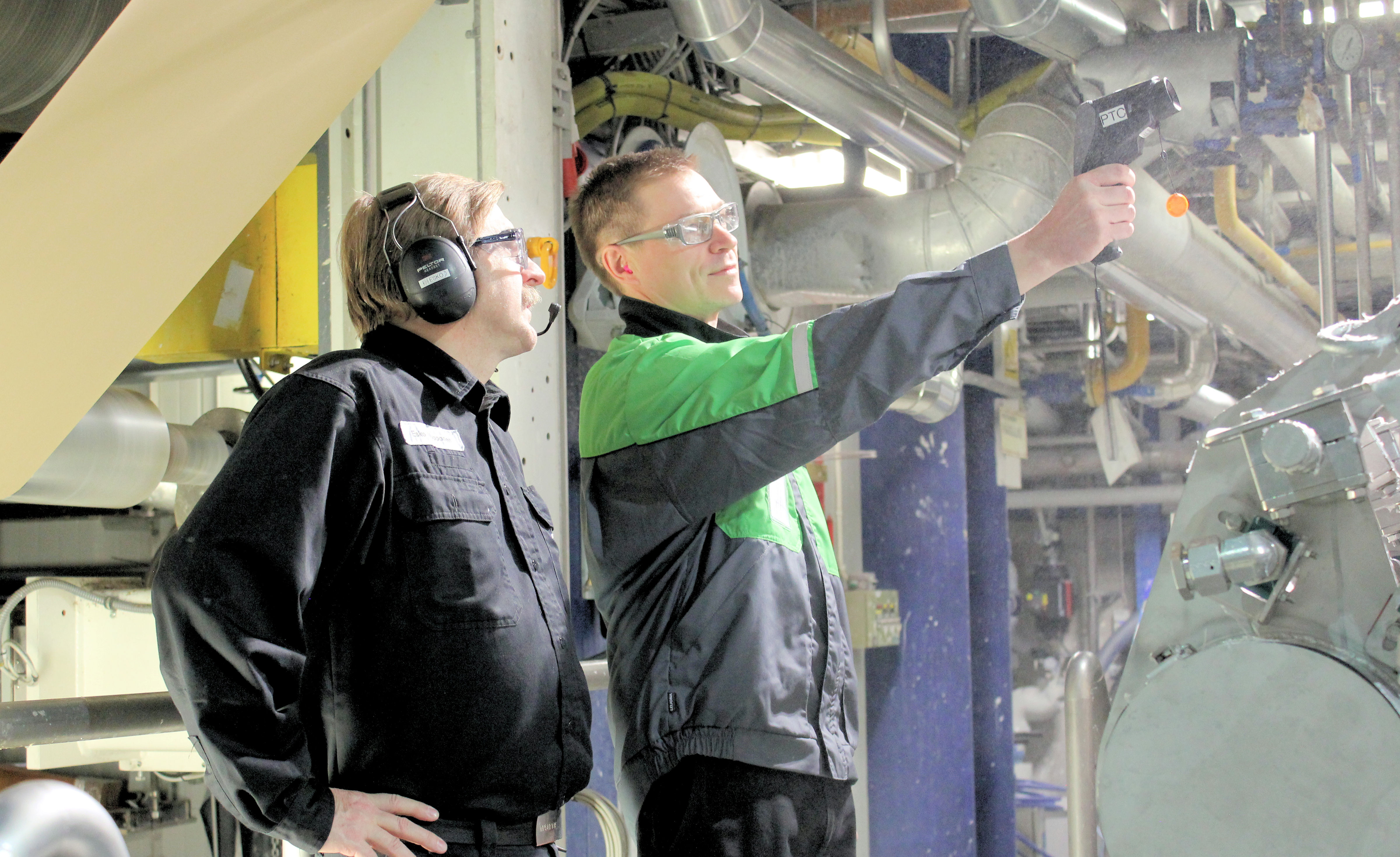 Valmet continues to invest in its pilot facilities

Valmet’s Paper Technology Center in Järvenpää, Finland, provides the best available paper finishing piloting trials. To be even better and to correspond more accurately to the mill environment, the sizing section at the pilot facility has been updated with new spray beams, rolls, hard roll covers and web heating system.