Composition of the Board of Directors

Remuneration of the Board of Directors

The Annual General Meeting resolved that, as a condition for the annual remuneration, the members of the Board of Directors are obliged, directly based on the Annual General Meeting's decision, to use 40 percent of the fixed annual remuneration for purchasing Valmet Oyj shares from the market at a price formed in public trading and that the purchase will be carried out within two weeks from the publication of the interim review for the period January 1, 2018 to March 31, 2018.

Election of the auditor

The minutes of the Annual General Meeting

The minutes of the Annual General Meeting will be available as of April 4, 2018 on the company's website www.valmet.com/agm.

Decisions of the Board of Directors

In its organizing meeting, the Board of Directors of Valmet Oyj elected the members of the Audit Committee and the Remuneration and HR Committee from amongst its members.

The members of the Audit Committee are Eriikka Söderström (Chairman), Tarja Tyni and Pekka Kemppainen.

The members of the Remuneration and HR Committee are Bo Risberg (Chairman), Aaro Cantell and Monika Maurer.

Alternatively a notice of participation can be given:

In connection with the registration, a shareholder shall notify:

The personal data given to Valmet by shareholders is used only in connection with the General Meeting and with the processing of related registrations.

Introduction of the new proposed Board members

The Nomination Board's proposal for the composition and remuneration of the Board was published on January 24, 2018 as a stock exchange release. 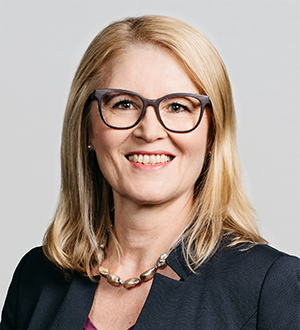 CVs of proposed new Board members are available here. See also Valmet's Board of Directors.

Messukeskus is located close to the centre of Helsinki at Messuaukio 1, 00520 Helsinki, Finland.

Possible proxy documents should be delivered in originals to Valmet Oyj, Anne Grahn-Löytänen, POB 11, 02151 Espoo, Finland, before the last date for registration.

The personal data of shareholders collected in the registration procedure, such as the personal identity code and the number of the book-entry account, will not be used for any other purposes than for identifying the shareholders and for confirming their share ownership. The technical provider of the registration system is Euroclear Finland Ltd. Connection to the system is encrypted with SSL-technology.