Foundation of our marine expertise

The history of Valmet can be woven from many different strings, looking into the history of different companies which today form Valmet Corporation. During our history, Valmet has produced - among others - ships, airplanes, trains and tractors. Today, we are a developer and supplier of technologies, automation system and services for several industries.

Our marine expertise started in the 1750s

Valmet’s marine know-how has its roots in the 1750s. At that time, we had a small shipyard at the Viapori fortress on the islands outside Helsinki, Finland. Today, the area is a UNESCO World Heritage site known as Suomenlinna.

In the early 20th century, the shipyard came under the ownership of the Finnish state as part of the state’s metals businesses and was later called Valmet. In the 1920s, a state-owned aircraft factory was founded. So, both Finnish shipbuilding and aviation have played a strong role in building the foundation for our current expertise.

Automation expertise based on fine mechanics

Our knowledge of precision mechanics led to the invention and production of the first black box, called Mata Hari, in the 1940s. The box was used to store flight data, flight conditions and cockpit discussions. Today, such black boxes are mandatory on all commercial flights. Our last surviving Mata Hari is now housed in the Tikkakoski Aviation Museum in Finland.

The many skills learned from the aviation industry have contributed to our current expertise in manufacturing numerous measuring and control devices.

We first developed pneumatic products and later electronic and digital systems. Our Damatic brand introduced in the 1980s was soon known globally for enabling process stability. At that time, it represented a new generation of process control systems.

Our automation skills are based on years of intelligence and perseverance. They have been applied successfully to all kinds of vessels that operate throughout the world.

From land-based industries to marine

The first Valmet SOx scrubbers for land-based recovery processes and power boilers were delivered in the 1970s. Valmet’s expertise from land-based industries and decades of development work has led us to innovative solutions for the marine industry. New legislation and customer requests have also driven this development.

In 2020, the sulfur directive tightened emission limits at sea. Valmet developed its scrubber technology with unique features to enable a more sustainable operating environment for the shipping industry. The solution is patented by Valmet.

The essential part of the Valmet’s marine water treatment is the Valmet Ultrafilter CR, first invented for use in the paper and board industry to consume less freshwater in industrial processes. Today, it has been redesigned for marine applications. The solution complies with the International Maritime Organization (IMO) guidelines for the marine business. 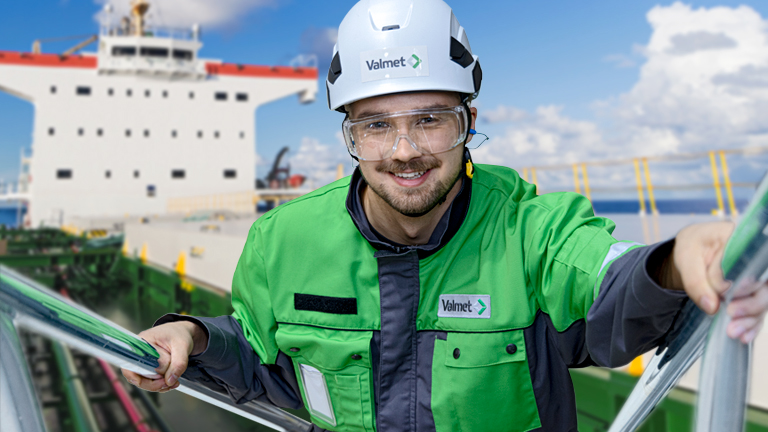 Please let us know more about your needs – and our Marine experts will contact you shortly.
Contact our expert
ContactUs
Locations