Valmet has entered into an agreement with KSS Energia for a turnkey automation and electrification delivery to its Siikakoski hydro power plant in Kouvola, Finland.

The order is included in Valmet's fourth quarter 2017 orders received. The first delivery will take place in the late summer of 2018, and the second delivery, one year later in 2019.

KSS Energia is currently modernizing its unmanned Siikakoski hydro power plant, with its turbines, transmission, generators, sluice gates and auxiliary equipment dating from 1961. The plant's electrification and automation have been updated in stages over the past decades. The extensive upgrade project is to be carried out between 2016 and 2019.

"We were looking for a turnkey delivery with the widest possible scope from one supplier, as our own organization is quite small. One of the decisive factors was Valmet's earlier automation delivery to our Hinkismäki natural gas power plant. It seems only logical to connect Siikakoski with the same Valmet DNA system," says Kari Dansk, Production Manager, Energy Services, KSS Energia.

"Valmet is constantly developing and expanding its energy automation business in hydro power. The delivery to the Siikakoski hydro power plant is an important part of this development. The Valmet DNA system suits extremely well for the remote control of a small organization, as it collects history data in connection with normal operation. We are glad to be able to support the customer also in hydro power," says Olli Koivumäki, Sales Director, Valmet.

The Valmet DNA automation system will significantly increase the automation level of the Siikakoski hydro power plant and improve its data collection capability. The redundant system will control and monitor the plant's two horizontal Kaplan turbines with their permanent magnet generators as well as other plant operations. Thanks to modern automation, it will be possible to get more data from the power production process than with the previously used PLCs, making it possible to control and monitor the plant more efficiently.

The new system will utilize the Valmet DNA information management system and engineering environment of the Hinkismäki gas turbine plant.

Information about the customer KSS Energia

KSS Energia is a Finnish energy group based in Kouvola that serves private and business customers all over Finland. KSS Energia Group consists of the parent company KSS Energia Oy and its subsidiaries KSS Verkko Oy, KSS Rakennus Oy and KSS Lämpö Oy. The group's turnover in 2016 totaled EUR 111.6 million, and it employed 117 energy experts. 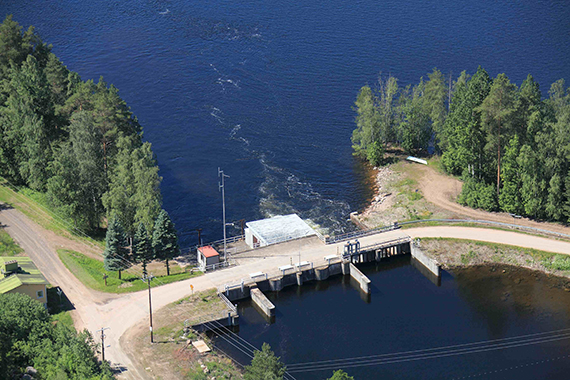 Valmet is the leading global developer and supplier of process technologies, automation and services for the pulp, paper and energy industries. We aim to become the global champion in serving our customers.

Valmet's strong technology offering includes pulp mills, tissue, board and paper production lines, as well as power plants for bioenergy production. Our advanced services and automation solutions improve the reliability and performance of our customers' processes and enhance the effective utilization of raw materials and energy.

Valmet's net sales in 2016 were approximately EUR 2.9 billion. Our 12,000 professionals around the world work close to our customers and are committed to moving our customers' performance forward - every day. Valmet's head office is in Espoo, Finland and its shares are listed on the Nasdaq Helsinki.