Valmet will supply an automation system for the new-generation, LNG-powered fast ferry for the Tallinn-Helsinki route shuttle operations between Estonia and Finland. The vessel will be built by the Meyer Turku shipyard in Turku, Finland and will be operated by Tallink. The automation system will be delivered in April 2016. The order was included in Valmet's second quarter 2015 orders received.

"We have had very good experience with the performance of Valmet's automation system on other Tallink vessels as well as with high-level service support available both in Finland and Estonia," says Andres Lepik, Tallink's project manager for the new vessel.

The new ship will be 212 meters in length and have a passenger capacity of 2,800, a gross tonnage of 49,000 and service speed of 27 knots. It uses LNG as fuel and will comply with the new and stricter emission regulations for the Emission Control Areas including the Baltic Sea. The ship is due to be delivered at the beginning of 2017.

The automation system for the ship will be a Valmet DNA distributed control system. It is a powerful and fully redundant system designed to handle the control and monitoring needs of even the largest and most complex vessels.

The automation will control and monitor the machinery systems and the electric power management system, and include an emergency shutdown system (ESD). The latter is a standalone system based on the same Valmet DNA system platform. Valmet's engineering team will handle the project from detailed design, programming and testing to onboard commissioning and completed sea trials. 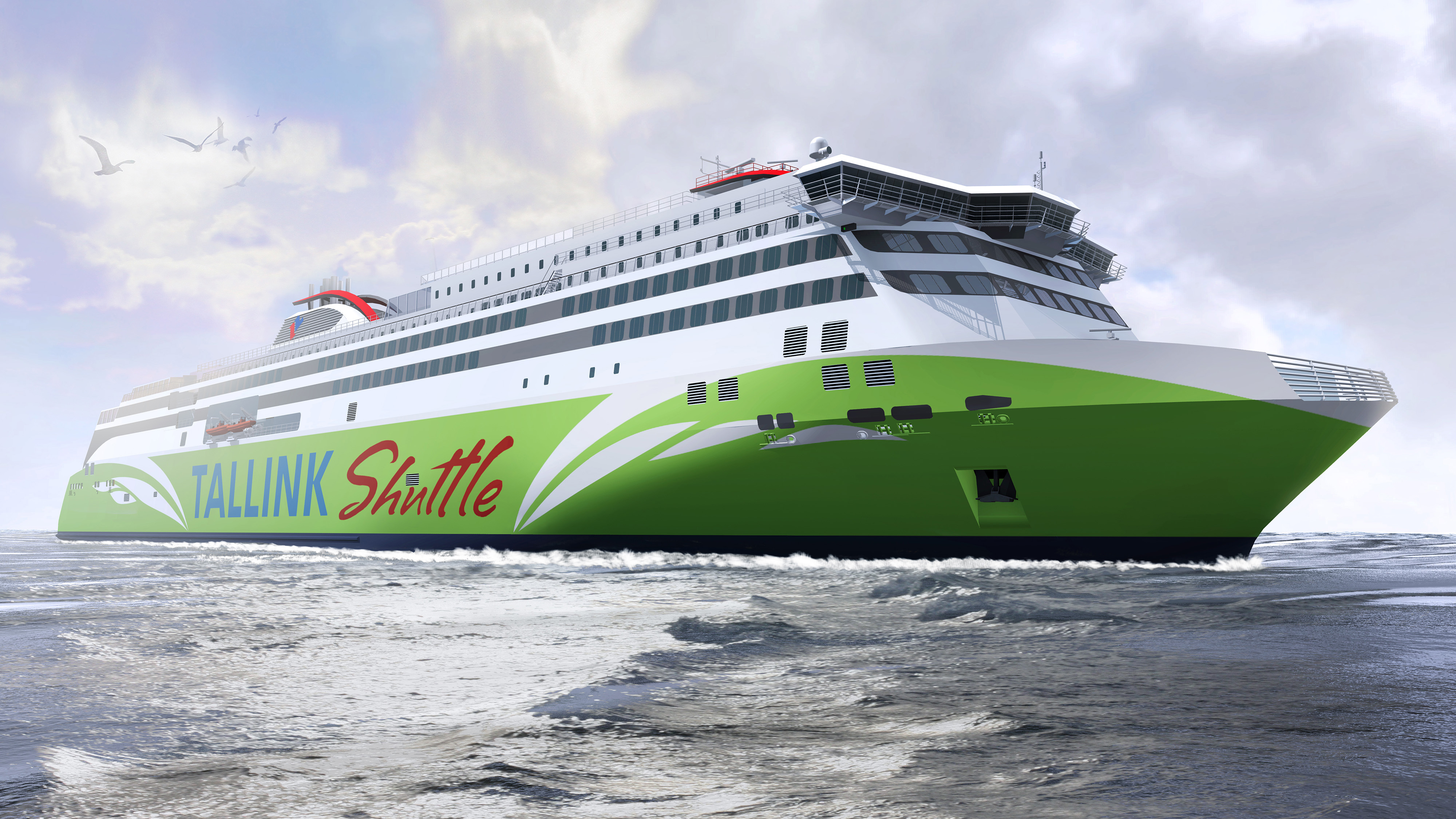 The new-generation LNG powered fast ferry for Tallinn-Helsinki route shuttle operations will be controlled and monitored with Valmet's automation. (Image by Tallink)

Information about the customers AS Tallink Grupp and Meyer Turku Oy

AS Tallink Grupp is the leading passenger and cargo transportation service provider in the Northern region of the Baltic Sea. The company owns altogether 18 vessels and operates under the brands of Tallink and Silja Line on six routes. It employs 7,000 people and has annually up to nine million passengers worldwide.

Meyer Turku Oy employs 1,350 persons and specializes in building highly complex, innovative and environmentally friendly cruise ships, car-passenger ferries and special vessels. Together with two sister shipyards in Germany, Meyer Werft in Papenburg and Neptun Werft in Rostock, Meyer Turku is one of the world's leading cruise ship builders. The successful shipbuilding tradition in Turku has continued since 1737. The company is currently building ships for TUI Cruises, Tallink and Carnival Corporation. The design and construction of the ships are supported by the subsidiaries of Meyer Turku: Piikkio Works Oy, which is a Cabin Factory in Piikkiö, Shipbuilding Completion Oy, which provides turnkey solutions to public spaces in ships, and ENG'nD Oy, which is an engineering company offering services for shipbuilding and offshore.