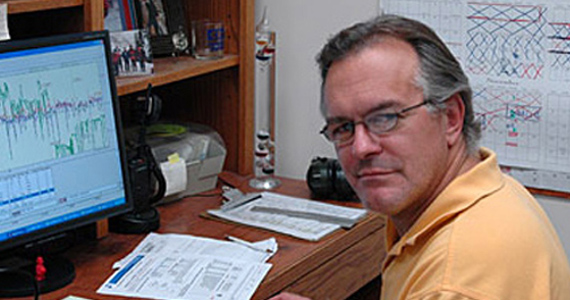 The mill has set its sights on converting other suction rolls to Compact LocSeal. “We intend to keep moving with it since we see the value,” says Bernie Kessler, Paper Machine Manager, Ponderay Newsprint in Usk, Washington.

By installing Compact LocSeal low-friction suction roll sealing systems in the forming and press sections of PM 1, Ponderay Newsprint has cut the drive energy requirement by about 570 horsepower, delivering an excellent return on investment.

Friction-free operation means lower energy consumption, and usually longer life. That easy-to-understand concept applies to many machines which are driven at high speeds: racing cars, aircraft and paper machines alike. So, in today’s energy and cost-conscious world, papermakers are looking for ways to reduce power consumption to achieve a good return on investment.

Ponderay Newsprint in Usk, Washington, USA has decisively cut the costs of electrical drive energy by installing Compact LocSeal friction-free suction roll sealing systems in the forming and press sections of PM 1, a 361” (9.17 meter) wire width Valmet (Metso (Paper) until Dec. 31, 2013) machine which was started up in 1989. Recently, PM 1 has been running at a record average speed of 4,700ft/min (1,430m/min). The Compact LocSeal systems on the suction press roll of the triple nip press and on the suction couch roll have reduced the drive energy requirements by about 570 horsepower in total, delivering an excellent return on investment.

The Compact LocSeal reduces frictional drag by “locking in“ and maintaining a small gap between the seal on the suction box and the rotating shell. In addition to power savings, the benefits include a longer shell lifecycle, lower water consumption, and reduced noise levels. The start-up sequencing and pressure controls required by the system are configured in the machine’s metsoDNA DCS. According to Kessler: “The simplicity of the design made the logic easy to configure and the operation and maintenance of the system is very straightforward.” Start-up assistance was provided by Valmet’s local Federal Way, WA roll shop.

Kessler reports that energy savings have been considerable, as the press section drive power requirements have been reduced by about 250 horsepower in total. See Table 1. The press suction roll itself is not driven, but the first press, center, and third press rolls are, and load reductions were measured on these 3 press roll drives. Kessler also reports that the high-pitched whining noise has been reduced.

With the good results in the press section the mill then decided to retrofit the couch roll with Compact LocSeal. The start-up on the couch Compact LocSeal was on April 29, 2009. Greg Vaughn, Electrical Engineer, reports equally good results. The lower drag in the couch has been distributed throughout the former, resulting in energy savings on other forming section rolls. The electrical savings in the couch, forming, inner wire stretch, and outer wire return rolls have been between 7% and 8%. The total drive power savings are about 320 horsepower. “It really wowed everyone,” says Vaughn.

Table 1. The press section drive power requirements have been reduced by 247 horsepower.