Mr. Bertel Karlstedt (MSc, age 52) has been appointed President of Pulp and Energy business line at Valmet as of 1 February, 2015.  He will be a member of Valmet's Executive Team and report to the President and CEO Pasi Laine.

Bertel Karlstedt joins Valmet from Nordkalk Corporation, where he is currently employed as the President and CEO. During his career he has gained vast experience in line management and sales roles. Furthermore, he has a strong background in R&D both in Finland and internationally, having previously worked for Valmet and Metso (1988-2005).

Mr. Jyrki Holmala, the current President of Valmet's Pulp and Energy business line, leaves on Valmet 28 November 2014.
"It is a pleasure to get Bertel Karlstedt to our Executive Team with his strong industrial experience and established relations with many of our customers," says Valmet's President and CEO Pasi Laine. 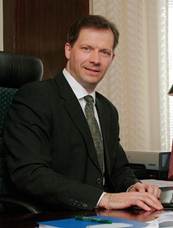