Valmet is your valve partner for greener hydrogen processes. Our long experience and comprehensive portfolio cover the majority of applications in the industrial use of hydrogen. Many of the world’s leading industrial gas companies already rely on our valves for reliable performance. Also, many downstream end users turn to us when selecting valves for demanding H2 applications.

Green hydrogen refers to H2 produced from water utilizing surplus renewable energy by the process of electrolysis. The first step in the green hydrogen process is typically electrolysis, a process where surplus electricity is used to create hydrogen by splitting water. Another promising way to produce hydrogen in a sustainable way is methane pyrolysis where methane is cut either catalytic or by plasma in hydrogen and solid carbon. Our valves perform well under the pressure and temperature requirements present in these processes. Another way to decarbonize emissions in process industries is to capture the produced carbon dioxide. Hydrogen produced in this way is called blue hydrogen.

Today, electrolyzers, the devices used in production typically utilize one of two technologies; low-pressure electrolysis or high-temperature electrolysis. Technological development has already seen us move up to large-scale 20MW electrolyzers, but 100MW units are not too far in the future either. Our valves portfolio already fulfills the requirements of electrolysis applications as for the PEM, AWE or SOEC electrolyzers of both today and tomorrow. Our automation helps you level up your production and lower your CO2 emissions. 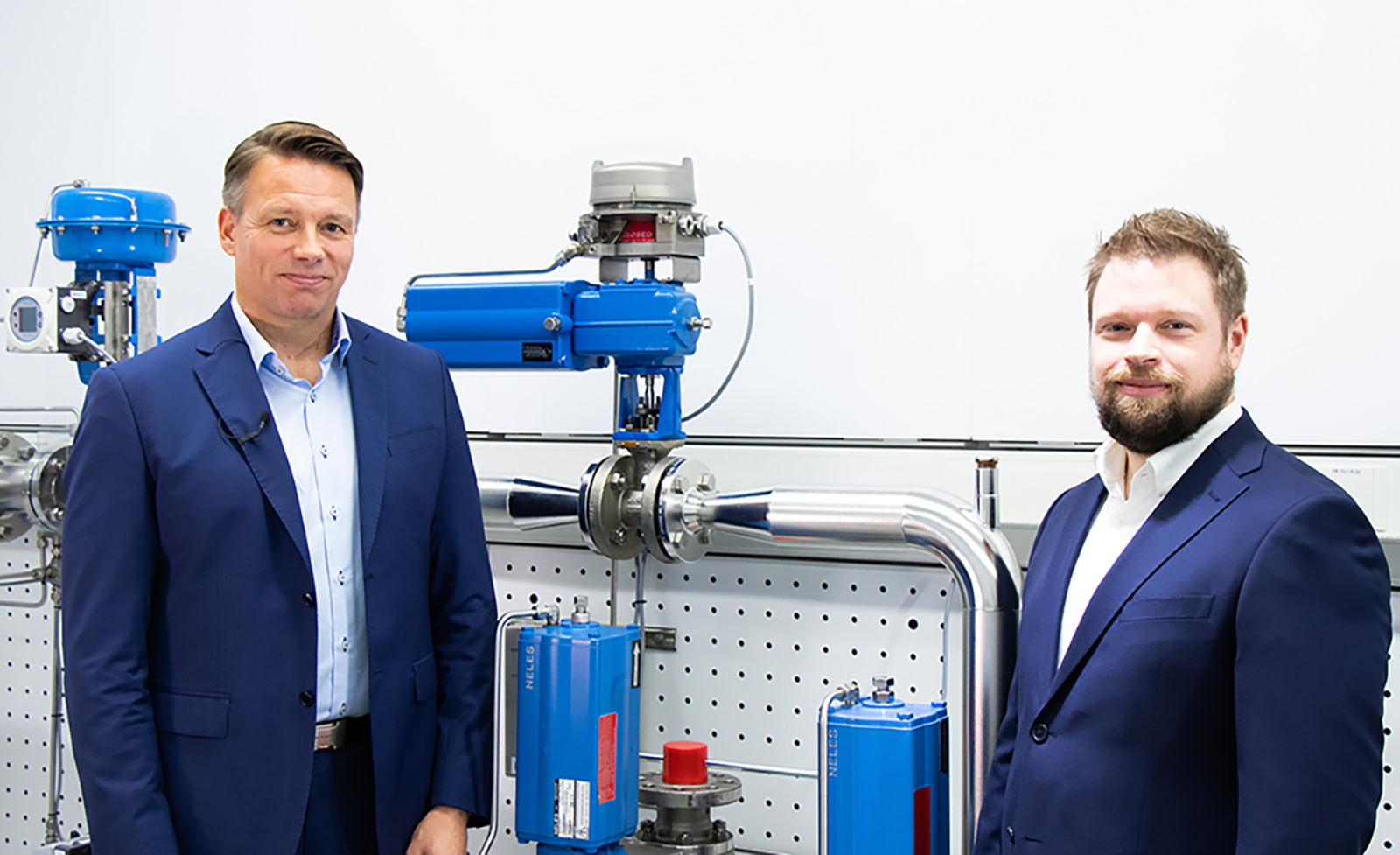 Going green with reliable valves for hydrogen and oxygen applications - as the significance of responsible and sustainable industrial processes increases, the role of green and blue hydrogen will continue to grow.
Read the interview

Going green is a global megatrend

Going green is a global megatrend that can be seen in all industries and everyday life in general. The same applies to hydrogen. We are experiencing a shift from the traditional gray and brown hydrogens to new emission-free green fuels. With decades of experience in industrial gas and hydrogen applications, Valmet is equipped to serve customers taking the leap into both blue and green hydrogen.

As the significance of responsible and sustainable industrial processes increases, the role of green and blue hydrogen as carbon-neutral fuel produced from surplus renewable energy or through CO2 removal, respectively, will continue to grow.

Valmet produces a wide range of segment, butterfly, globe and other valves that have proven themselves in long-lasting service over many decades. Our valves deliver superior performance in low-pressure electrolyzers as well as in those that are subject to high temperatures reaching up to 700˚C. All Valmet's products are supported by our comprehensive service offering and service network.

Electrolyzers must typically react very quickly to variations in supply when it comes to renewable energy. This means that internal processes require fast adjustment, and the valves need to deliver accurate control with quick response times. Our positioners are excellent for providing fast and extremely accurate valve control.

All of our valves are designed for long-lasting tightness, minimized fugitive emissions and low differential pressures. We want each of our valves to be environmentally friendly, energy-efficient and reliable in operation. We provide field-proven designs and tested performance in each and every valve delivery.

Addressing the needs of new technologies

New electrolysis technologies are also creating the need for valves that can ensure both high capacity and low-pressure losses respectively. Our segment valve offering and the L-series butterfly valves with their 2-shaft design are particularly strong performers in this area.

Automation at the core of your business

Our automation offering for the hydrogen business, gives companies the ability to streamline their businesses optimally. With our decades of expertise in automation, we are able to automate your processes in one system with our distributed control system: Valmet DNA. We also automate your supply chain from energy transfer management, to production planning with our integrated operations.

Our automation system offers many benefits, such as:

Valmet offers a wide range of valve solutions for P2X: hydrogen applications from green electrolysis to blue carbon capture, and the entire journey in between and beyond.

Ammonia synthesis is used to produce ammonia from nitrogen and hydrogen. We offer a good selection of suitable valves for ammonia synthesis loop – ensuring safe and reliable operation plus long service life.

Valmet DNA is a single DCS for all your automation needs.

How can we help you?

Our global network offers you personal and expert service wherever you are located.