All paper, board and tissue machines have steam and condensate (S&C) systems. In this two part series, We explain the terminology and working principles of a typical S&C system. First we'll start with why the S&C system is needed, then we'll look at basic terminology and water evaporation.

Why do we have S&C systems? 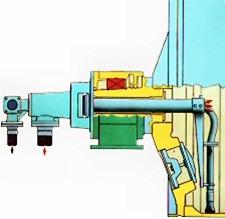 The purpose of a paper machine steam and condensate system is to:

There are a number of examples of "technical terminology" used when describing steam and condensate systems that should be explained for ease of understanding:

Latent Heat: The heat required to change water to steam at boiling temperature. This heat is given up when steam is condensed.

Non-Condensables: Those gases which are present to a small degree in all steam, which do not condense to a liquid like steam. They usually consist of air, i.e., oxygen, nitrogen and carbon dioxide. An accumulation of these gases tends to lower the steam temperature and negatively affect drying.

Saturated Steam: Steam existing as 100 percent vapor that is at a temperature where any further heat removal will cause a portion of the vapor to condense to water.

Superheated Steam: Steam existing as 100 percent vapor which is at a temperature greater than the temperature of saturated steam.

Blow-Through Steam: Steam that is not condensed in the dryer and which blows through the syphon shoe and passes out of the dryers with the condensate.

Separator: A tank into which the blow-through steam and condensate from the dryers collects. The condensate settles to the bottom, and the steam leaves the top connections and is used for other steam sections or heating air or liquids.

Syphon: A pipe inside the dryer through which condensate is removed from the dryer. The pipe extends down close to the dryer shell to keep the condensate film as thin as possible. (Note example figure shown above.)

Condensate: The water that is formed when steam cools and condenses.

Flashing: The process of condensate changing to steam when pressure on the condensate is reduced.

The dryer section evaporates a certain amount of water per ton of paper. The water vapor goes into the air being pulled from around the machine and the basement area into the dryer hood, and is exhausted to the atmosphere by the hood fans.

Next week's article will cover condensate behavior and heat transfer, as well as condensate removal.