Södra Cell Värö mill is an excellent example of how continuous strategic investment to increase capacity and competitiveness pays off in performance.

“Slow and steady wins the race” is a famous saying about how final results aren’t always based on how fast things go at the start. In the case of Södra Cell Värö pulp mill, which has systematically rebuilt all its key process islands over past years, a better phrase might be: “Steady and strategic wins the race”. And that is exactly what the company has done, making stepwise and targeted investments in the mill’s operations. The results have been impressive.

The Värö mill, which was originally built in 1972, is located on the west coast of Sweden just south of Gothenburg. This provides it with the dual benefits of close proximity to the forests that feed it and the major ports that give easy access to international customers.

A major three-year project to completely rebuild the Värö mill was completed in 2016. As a result, the capacity was increased from 425,000 to 700,000 tonnes per year. The modernization made it possible for the mill to supply 1.6 TWh of green energy annually.

The Värö mill currently produces about 700,000 tonnes of softwood pulp per year. With the new expansion, production will be increased first to 780,000 tonnes and later to 850,000 tonnes.

The existing mill was rebuilt while normal pulp production continued at full capacity.

Marcus Åsgärde, the Mill Manager at Södra Cell Värö mill, explains the reasoning behind the investment. “There were several drivers for our investment in the Värö expansion. We saw an increasing market demand for softwood pulp. With the increased production, we could meet our customers’ expectations. Södra is an association owned by more than 50,000 forest owners in Southern Sweden. We want to make sure our owners have an industry they can sell their wood to. And naturally, we also acknowledge that when we increase capacity, it also improves our competitiveness.” 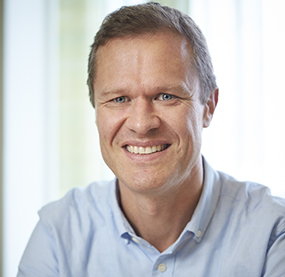 “Despite the challenges, we both strove to solve the problems, which is the key to a successful and complex project like this.” Marcus Åsgärde, Mill Manager at Södra Cell Värö.

Valmet a key partner in rebuilding an operating mill

“One of the reasons we chose Valmet as our supplier was that they met the ambitious goals we’d set for the project. We know Valmet has long experience in the pulp industry, and we valued the fact that they were able to supply all the equipment,” Åsgärde comments.

Most of the process islands in the expansion project were either upgraded or replaced. Valmet delivered the equipment and installation for an additional wood room and a new continuous cooking plant, a major rebuild of the recovery boiler, and upgrades to the fiber line, pulp dryer, flash dryer, baling, and evaporation and white liquor plants. Södra Cell also used Valmet’s web-based training via the Valmet Online Learning portal to train the personnel to operate the upgraded mill.

This rebuild was unique, because the existing mill was rebuilt while normal pulp production continued at full capacity. The approach meant that all processes were interdependent and therefore extremely sensitive to possible disruption and delay.

“Some of the equipment was built in a new location at our site, but much of the work involved modifications of the existing equipment. This meant that new piping and a new building were built at a mill that was fully operational. Coordinating all these subprojects and all the construction people at the same time as we were running the mill was the main challenge,” Åsgärde says.

The key drivers of the technical design were optimizing pulp quality and production costs, and maximizing yield, environmental performance and energy efficiency.

Kari Remes, Valmet’s VP of Global Operations for Pulp and Energy agrees with Åsgärde, saying that although the technology delivered to Värö has worked extremely well, there were challenges in executing the project.

“In designing the upgraded technology for the Värö expansion, the key drivers were optimizing pulp quality and production costs, and maximizing yield, environmental performance and energy efficiency,” he explains. “Technically, we succeeded, but we faced challenges during the site phase. I have to admit our scheduling was too optimistic. The site works simply took longer than estimated. We worked around the clock to catch up and increased manpower at the site, and our very committed managers did a great job under difficult circumstances and pressure. We had a delay of about one month in starting up the new equipment. After the start-up, we worked with the mill team to fine-tune everything and achieve the desired results.”

“Despite the challenges, we both strove to solve the problems, which is the key to a successful and complex project like this. Looking back at the whole project, we had a total of around 10,000 individuals on the site at various times – and on one day, more than 3,500 people were working there. In 2014 and 2015, we set production records at the mill, with the rebuild works ongoing at the same time. In the end, we met our target, which was to reach the new capacity of 700,000 tonnes in 18 months to two years. After the initial problems, the equipment Valmet supplied has exceeded their promise, and we’re running the mill at a very high capacity,” Åsgärde adds. 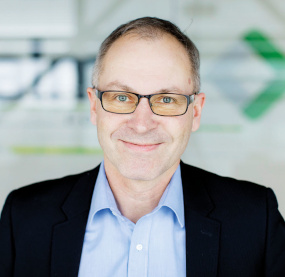 “After the start-up, we worked with the mill team to fine-tune everything and achieve the desired results.” Kari Remes, VP, Global Operations for Pulp and Energy, Valmet.

Toward the next expansion

Södra Cell is now continuing with its steady and strategic plans to develop the mill further to deliver even more value to its owners and serve the market. In 2020, the company announced plans for additional investment to increase capacity yet further in steps toward 850,000 tonnes per year.

Valmet will upgrade the fiber, recausticizing and pulp drying lines as part of the plan, which is called “Expansion Värö 2.0”. The project is a highly targeted debottlenecking that aims to gain the highest positive impact on production and the environment at the lowest expense.

“Capacity in some departments is higher than we originally expected. This allows us to further increase our production very cost-effectively. By the end of 2022, we aim to reach a capacity of 780,000 tonnes per year. We have interesting plans for the future of our mill,” concludes Åsgärde.

Valmet's innovative wood-processing solutions are designed to treat valuable wood-raw material as gently as possible to make it ideal for further processing and to gain the best possible yield from it.

Valmet can be your full-scope supplier in the areas of cooking, screening, washing and bleaching. With 130 locations in 33 countries we serve pulp mills world-wide.

Valmet is a full-scope supplier to pulp mills, offering advanced technology for recovering and preparing cooking chemicals, and producing energy.