The board for the blue folding box in question was produced with a board machine equipped with Valmet’s metal belt calender. Product Research Manager Jos Daniels of Sappi talks about the box: “Valmet’s Mika Viljanmaa showed us boxes made using a board machine in China. The boxes looked fantastic. We wanted to achieve a similar high-end look and feel, but in a Sappi way.”

Improved products – but how?

A few years back, Sappi Maastricht was producing only graphical papers. The surface quality, printability and whiteness were at such a high level that Sappi’s customers wanted to use the papers for more than just graphical applications. Wim Devens, Director Central Technology & Engineering at Sappi, explains the situation: “Our customers started to fold boxes using our graphical paper. And that was never the intention with our graphics grades.”

In response to customer needs, Sappi launched a new board called Atelier, but the production was cut short due to customer complaints. “We knew what we had to improve,” says Tjerk Boersma, Process Technology Manager at Sappi. But as always in rebuild projects, there were limitations: The existing machine had only one headbox – and then there was the budget.

The idea of a three-layer headbox on paper

The project started with the idea of a metal belt calender, but it was soon realized more was needed. As the existing concept was one-layered, the mill asked Valmet for a layering headbox with three layers. Feeding different stock into each layer meant the structure of the board could be further optimized.

The engineers from Sappi and Valmet worked enthusiastically together to achieve their shared goal. “Cooperation during the development phase and the rebuild has been really good. We had a very good relationship with the engineers, in both exploring and executing the project. The start-up weeks were good too. Compliments to the team!” Rob de Koning, Manager Process & Quality at Sappi, describes the project. When the design started to look good on paper, they needed to get a better understanding of the concept.

Proof for the concept with pilot trials

With investments calculated in millions, you need to get proof before the actual decision that the idea will work in reality too. “They definitely add value,” says Ferdinand Koster, Mill Director of Sappi Maastricht, of the piloting facilities at Valmet. “It’s very important to have such piloting abilities. You can put the lessons you’ve learned into the machine you’re building,” says Boersma.

Even with technology with several references, it’s good to be able to do testing with your own stock and chemistry. Jos Daniels says: “We were very satisfied with the pilots – they showed the direction in which we were moving.” de Koning emphasizes: “We were able to get the proof we were looking for. And we could increase the filler content by more than 5 percent without losing bulk, stiffness or surface properties.”

The top management also needed to be reassured about the technology: “We needed proof that we could run three layers to convince our people at our headquarters in Brussels,” Jean Peerlings, Improvement Technologist at Sappi, continues.

After the careful investigations and prework, it was clear that the solution for Sappi Maastricht was the combination of a new three-layer headbox and a metal belt calender. “We needed both the technologies, one for layering, and one for the surface and to save bulk,” Devens concludes.

During the rebuild, Sappi Maastricht exchanged the old headbox for a new one, leaving forming and the press section unchanged. They got a completely new type of headbox, supplying three simultaneous layers of stock. “Having three separate headboxes would have been a much bigger investment – ten times what we needed for this machine,” says de Koning. There are other benefits, too. Not all the grades produced in Maastricht (graphical, SBS, FBB) are traditionally layered, but the mill has found it valuable to layer all their grades. They optimize the quality and cost of each layer for each grade.

With the three-layer headbox, there are great operating cost savings. Boersma explains: “It’s an enormous cost saving. With three headboxes, you have three wires running with all the water and a lot of chemicals. You need to clean them, and changing the wires takes a lot of time. This creates a higher operational cost. So, it’s not only about the investment – you also have to consider the costs of energy, chemicals and consumables. We’re achieving the same quality as with three headboxes. Actually, we’re getting even better board than with three headboxes.”

One innovation is even better when accompanied by another. Although the metal belt calender has existed for more than ten years, it is still a unique technology, with its long, metal-belt-supported calendering zone giving extremely good surfaces and preserving bulk. The starting point for the project has proven to be a valuable piece of equipment. “Because we’re a graphical mill, we needed two-sided surface improvement, and the only machine capable of that is the metal belt calender.” says de Koning. “The metal belt is producing and running well. It’s doing its job. There are no problems. The belt is performing as we were told it would with the things we tested using surface treatment and so on,” adds Boersma. 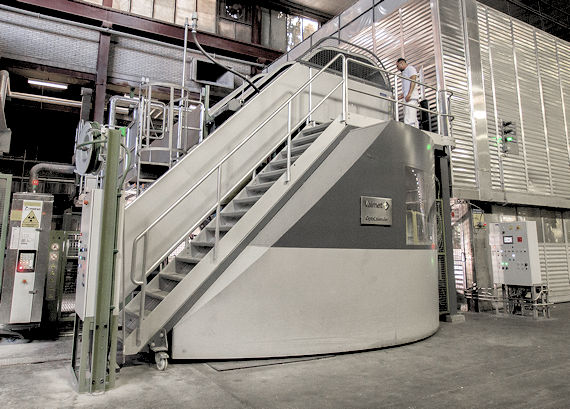 “Better to have a bumpy road than no road”

Today, Sappi Maastricht is producing a very high-end product range with outstanding quality and folding properties. Their Atelier products combine the best qualities of different grades: the printability and surface properties of graphical paper; SBS whiteness; and the bulk, stiffness and creasability of FBB.

“We qualified quickly after the rebuild – especially for the graphical grades. We’ve only had positive feedback. The surface is smoother and flatter. The printability has further improved, as has the convertibility,” says de Koning. “I’ve done only one project where the start-up was better. The end result shows we have huge potential. We should all be proud of what we’ve achieved in a short time,” Peter Pijpers, Technology & Engineering Manager for Sappi Maastricht and Lanaken, adds. 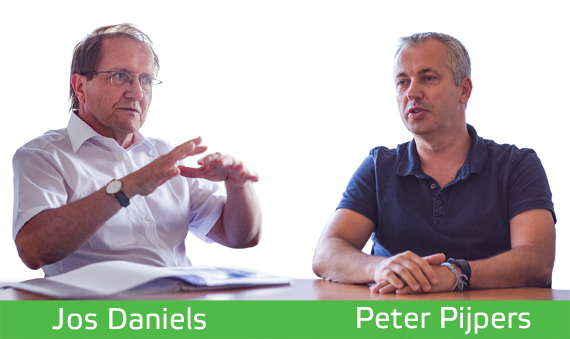 There’s a reason why innovations are blooming at Sappi: “Innovation is the key driver for Sappi. Not everyone is willing to take the risk of having the first product, the prototype. It’s not always easy to be a pioneer. Most mills prefer to be followers,” says Pijpers. Each time you develop and build something new, it’s a learning process. On the way, you learn what to do and what not to do. Sappi Maastricht has learned how to run with Atelier. “We’re now continuing the optimization. The operators have to learn how to use it, how to tune it, how to play with it. It’s been a long road. But better to have a bumpy road than no road at all! In this market situation, no road would’ve been the result if there hadn’t been a rebuild,” Pijpers says.

A silky touch and feel with Atelier

The market has received the first samples enthusiastically, and there has been positive feedback. “The customers like our board very much, because it’s very white and bulky, the printability and runnability are also excellent. That was the aim of the project. We’re at the high end of the GC1 market. And ultimately, that’s very close to the SBS market. They compare us to SBS boards, because our high whiteness sometimes beats even SBS,” says de Koning.

“Maastricht is unique, because we combine graphical qualities with the FBB quality of Atelier. I’m not sure if anyone else can achieve this – I’ve never seen it as good anywhere else. There’s no cracking – nothing. The metal belt calender makes the surface superb. We can see the bulk increase, with a good surface. We can produce such a nice, smooth product,” Daniels emphasizes. At its Atelier launch release, Sappi lists all the new product’s characteristics: “Atelier delivers the ultimate in brightness, purity and gloss with a silky touch and feel, paired with bulk and stiffness, representing a truly new dimension in the folding box board market.”

Flexibility for the future

It took some time to get where Sappi Maastricht is today, but the future looks good. “Looking back on the cooperation with Valmet, it went very well,” Koster says in summarizing the project. “The combination of the headbox and metal belt calender allows us to be very flexible and produce many different grades,” Pijpers says.

Want to learn more about how to plan a successful rebuild?

Over the years, we have gathered plenty of experience and expertise in rebuilding all kinds of machines. We asked our experts to provide tips, advice, and industry insight to help you demystify the rebuild process and created a practical guide book.

How to plan a successful rebuild?

Sappi is a leading global provider of sustainable wood fiber products and solutions in the fields of dissolving wood pulp, printing papers, packaging and specialty papers, casting and release papers, and biomaterials and bio-energy. As a company that relies on renewable natural resources, sustainability is at Sappi's core.

Sappi Europe SA is a division of Sappi Limited (JSE), headquartered in Johannesburg, South Africa, with 12,500 employees and 18 production facilities on three continents in nine countries, 37 sales offices globally, and customers in more than 150 countries around the world.

Increasing demand for packaging board in India and replacing plastics were the main drivers behind ITC's investment. The new Valmet supplied BM1 converts raw material to the high-quality coated board in a cost-effective way.

SAICA was aiming for improved quality, reduced costs, and responsible fiber use, but it found itself with innovative coated white top liner grades with better properties than they bargained for. This was a result of three partners – SAICA, Valmet and pigment supplier Omya – joining forces.

Valmet investing in the future

Valmet upgrades its pilot machines in 2018 to support paper, board and tissue customers in moving their performance forward. The upgrades increase the flexibility of the pilot trial possibilities even more.