Our experience with the boiler has been positive, and it runs quite reliably. Our fuel mix varies: in the summer, we use more biofuels and in the winter, more peat.”
Peter Seppälä, Director, Haapaniemi Power Plant, Kuopion Energia

All operations under one automation system.

The year of 2016 marks the 110th anniversary of Kuopion Energia, a producer of electricity and district heat in Kuopio, Eastern Finland. The company is a modern energy services provider who takes responsibility for the environment – and walks the talk, too.

“The need to invest in our Haapaniemi power plant and modernize it emerged when our pulverized peat-fired Haapaniemi 1 unit, dating from 1972, began to reach the end of its life cycle. As Valmet’s price and technology fulfilled our criteria best, we chose it as our new multi-fuel fired power boiler,” says Peter Seppälä, Director, Haapaniemi Power Plant, Kuopion Energia. 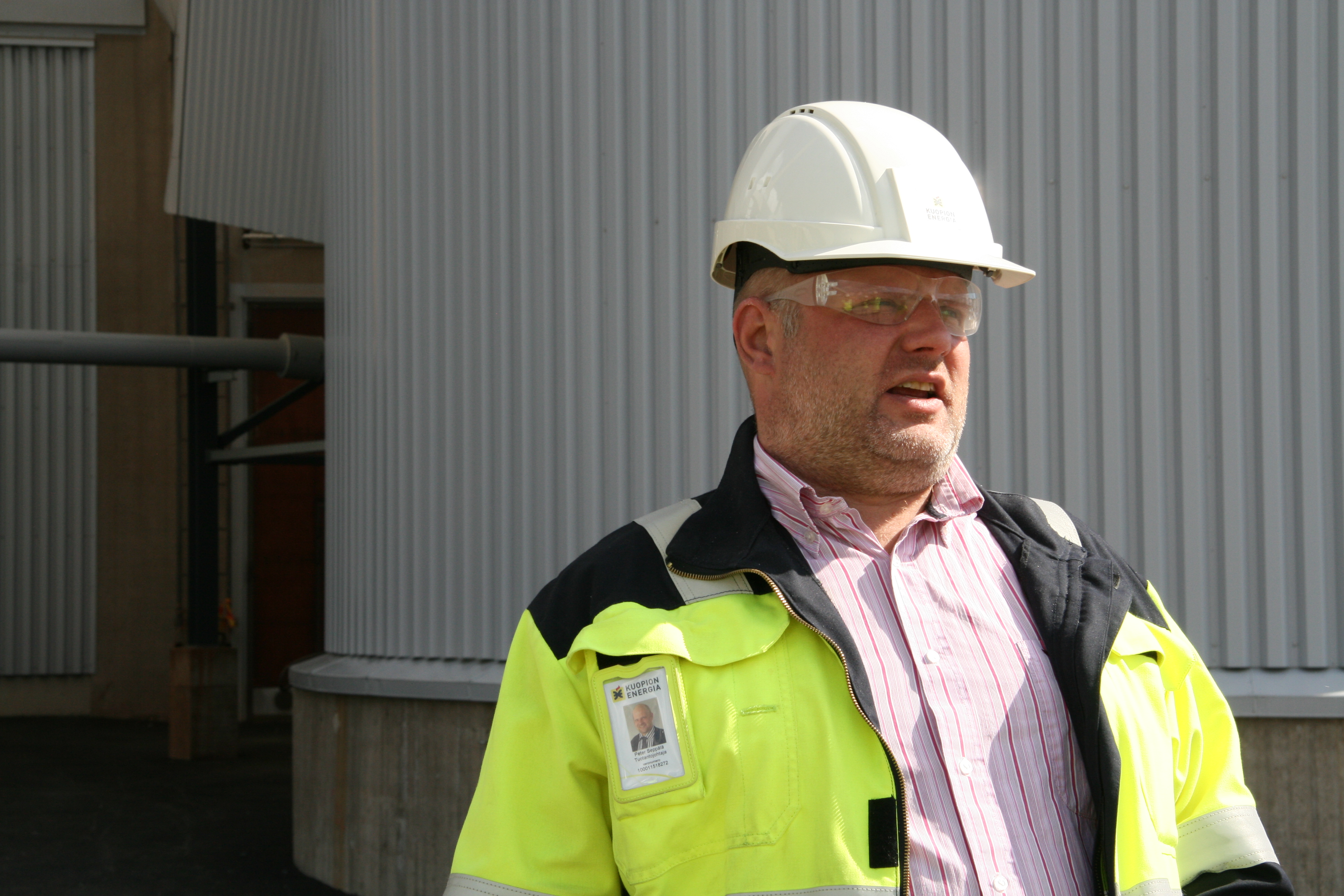 Featuring a 149 MWth power boiler based on circulating fluidized bed (CFB) technology, the Haapaniemi 3 unit was started up in late 2011. It is designed for a flexible fuel mix. “In addition to peat, we are now able to use biofuels, mainly forest residues. Our initial target was to increase the use of biofuels slowly, but we ended up maximizing their use already during the first year due to the poor availability of peat,” Seppälä continues. “Our experience with the boiler has been positive, and it runs quite reliably. Our fuel mix varies: in the summer, we use more biofuels and in the winter, more peat.”

A few years later, the focus changed to the pulverized peat-fired Haapaniemi 2 unit, dating from 1982. Something had to be done since the Industrial Emissions Directive would tighten its emission requirements radically with effect from January 2016. “We decided to carry out this investment in two phases, first dealing with the NOx emissions and then with SO2 and dust emissions. Until the very final stage, we had two options: either to convert the boiler to fluidized bed technology or equip it with low-NOx burners,” Seppälä explains. “One major factor that favored conversion was that it would lower total costs, since it would enable the use of forest residues. Although its investment cost was higher than that of low-NOx burners, profitability would be better in the long run.”

So in 2013, Valmet converted Haapaniemi 2 to fluidized bed technology. The scope covered modifications in pressure vessels, new air, ash and fuel systems inside the boiler house as well as new superheaters and a new economizer. After the conversion, the boiler’s NOx emissions have been lowered to the required level. 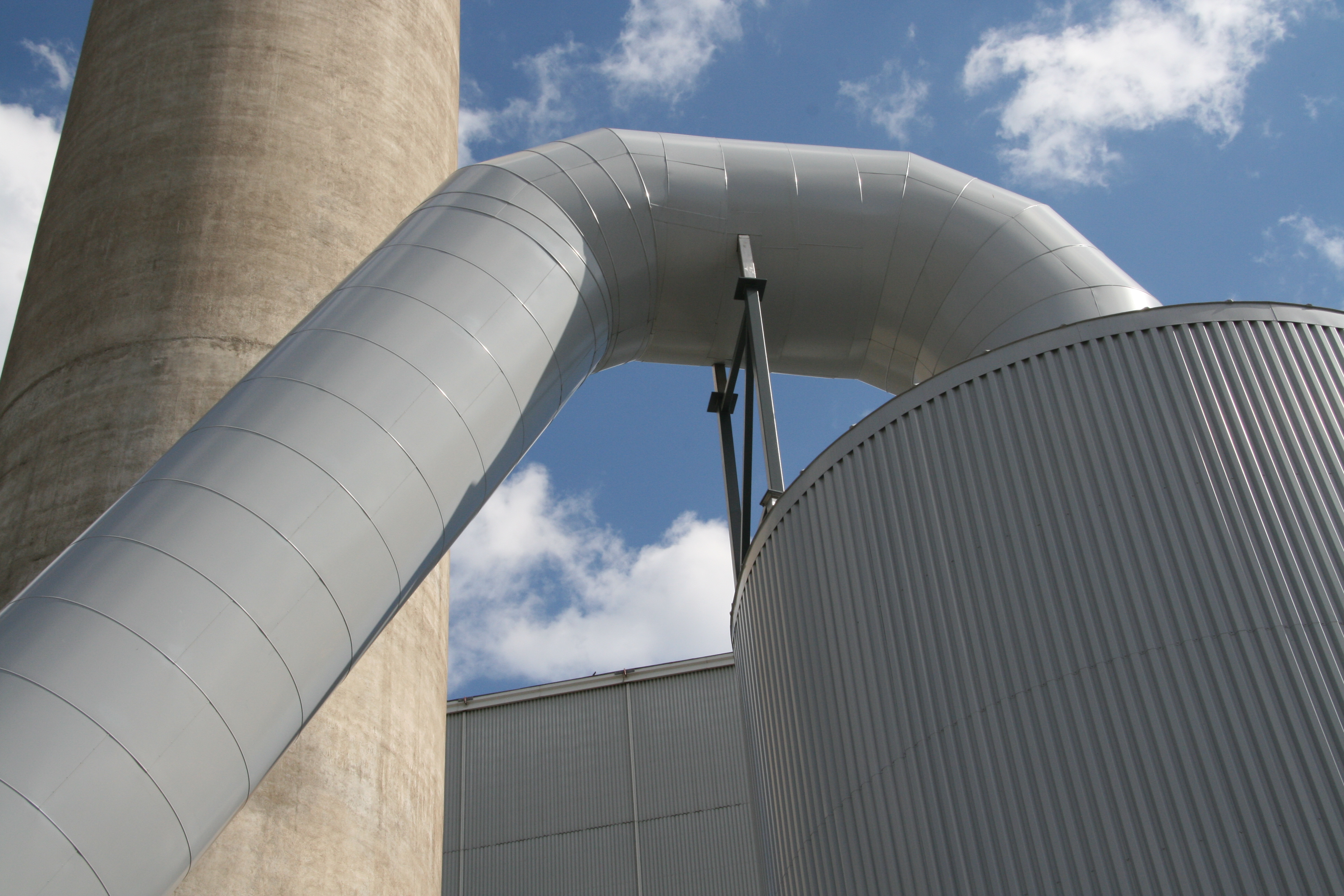 To deal with SO2 and dust emissions at Haapaniemi 2, Kuopion Energia ordered a flue gas scrubber from Valmet. The delivery scope in 2015 included a modernization of the stack and the flue gas fans as well as an extension of the service life of the existing electrostatic precipitator. This investment resulted in lower SO2 and dust emissions that now meet the tighter IED limit values.

An additional bonus brought by the flue gas scrubber is its heat recovery that significantly increases the plant's energy efficiency and district heat production capacity. According to Seppälä, heat recovery from flue gases at full capacity is up to 60 MW, corresponding to around 200,000 megawatt hours in terms of annual energy. This ‘free’ heat production capacity lowers the total fuel need in Haapaniemi and partly replaces the need for oil-fueled heating plants at peak loads.

All operations under one automation system

All plant operations at Haapaniemi are controlled with Valmet’s automation technology. Kuopion Energia has been a forerunner in power plant automation and one of the first in the world to have installed a digital automation system – Damatic Classic – with a high-tech operator interface for Haapaniemi 2 in the early 80s. In 2005, the system was upgraded to Valmet DNA.

“When we chose the automation for Haapaniemi 3, it was both sensible and cost efficient to control the unit with the same system as Haapaniemi 2, as they are operated from one control room,” Seppälä points out. Harmonized power plant automation also benefits maintenance since fewer spare parts are needed.

In addition to a Valmet DNA automation system, Valmet delivered a safety system for the Balance of Plant, a turbine controller for Skoda’s steam turbine and an electrostatic precipitator control to Haapaniemi 3. To run the combustion process in the most optimal way, the automation system has been complemented with Valmet’s advanced control solution, FBB Combustion Optimizer. The same application is also used for boiler capacity optimization. For superheater corrosion control, Haapaniemi 3 uses Valmet’s FuelDiet KCI Corrosion solution.

All set for the future

According to Seppälä, Kuopion Energia looks confidently towards the future: “We have strong faith in our investments. In the long run, they will be profitable and take us far into the coming decades.” To ensure high plant performance, the company has signed a development agreement with Valmet, both for the boilers and automation.

The modernization of the stack and the flue gas fans has resulted in lower SO2 and dust emissions that now meet the tighter IED limit values.

To ensure high plant performance, the company has signed a development agreement with Valmet, both for the boilers and automation.