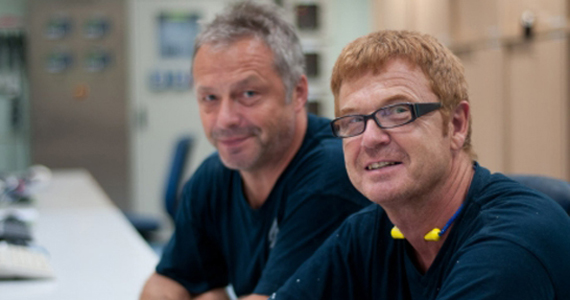 The papers produced at Laakirchen Papier AG (former SCA Graphic Laakirchen) in Austria are considered to be of the highest quality available in the uncoated mechanical paper sector. Laakirchen has also been a forerunner in environmental management. Its new technologies, efficient measurement processes and smart modernizations show the mill’s focus on sustainability. The latest addition is a PM 10 press section rebuild delivered by Valmet *, testifying to the deep cooperation and trust that exists between these two companies.

The people behind this rebuild are not just a bunch of engineers and managers, but a team that shared a common goal. What targets were set, what results were achieved, and how does the future look? Let the participants speak for themselves.

“The bottleneck of PM 10 in the past was the high draw between the 3rd and 4th press, which was the main reason we couldn’t speed up the machine. Another main target was to reduce specific energy consumption, while maintaining the same quality level as before the rebuild.

The results of the rebuild were amazing, because we were able to reduce the draw significantly, speed up the machine and, at the same time of course, increase production.
The quality level is excellent, which is a critical factor for our customers. And we also reached the target to reduce specific energy consumption.
The dryness after the press section increased by 3%. With the new high-quality shoe press we were able to increase energy efficiency due to lower steam consumption. And as we didn’t want to take any extra risks, we again selected Valmet as the supplier of the rebuild.
The future of Laakirchen seems bright, despite the tight market situation with partial overcapacity and decreasing paper prices. The quality of the SC ++ grades produced by the very modern PM 10 is at a high level.
Our aim is to be as efficient as possible and to make similar small improvement steps in the future. As benchmarking shows, we are in the very front ranks globally. Efficiency refers not only to the efficiency of the paper machine itself, but also to raw material efficiency and the skilled people who help us to solve challenges in daily production.”

“With the new high-quality shoe press we were able to increase energy efficiency due to lower steam consumption. And as we didn’t want to take any extra risks, we again selected Valmet as the supplier of the rebuild,” says Andreas Vogel, Production Manager of the Laakirchen mill.

“With respect to project management, our cooperation with Valmet has been a partnership right from the beginning. I believe that this is a very smooth way to manage projects. We had many deep conversations with well-known Valmet people in a spirit of mutual trust and true partnership. This is exemplified by Valmet’s way to communicate. They always respond quickly. The cooperation with Valmet concerning PM 10 started as far back as 1987, when Valmet originally delivered the machine. There have been several rebuilds by Valmet since then. In 1991 the 1st press and the 6th dryer group were installed, and in 1997 a rebuild with new former took place. In 2000, a new OptiReel reeler was installed and three years ago, in 2009, Valmet modernized the dryer section. All these projects have been carried out in close cooperation and with good results.”

“Installing the PM 10 press rebuild was very challenging, because we had to put a lot of new equipment in an existing machine within a tight schedule. Although staying on schedule was difficult, we reached the targets in the end, together with the Valmet people. Cooperation between the Laakirchen mill and Valmet has always been excellent. We had a really motivated project team, which was a key reason why we met the targets set for this successful project.”

Pertti Herranen, a just-retired, long-term project manager from Valmet, has been working with the Laakirchen PM 10 from the very beginning of its history; i.e. since 1987. “The new PM 10 delivery in 1987 was Pertti’s project, and ever since then he has been fully involved in all improvement projects. Customer success has been Pertti’s motivation during all these years. He is a symbol of true partnership,” says Andreas Vogel.