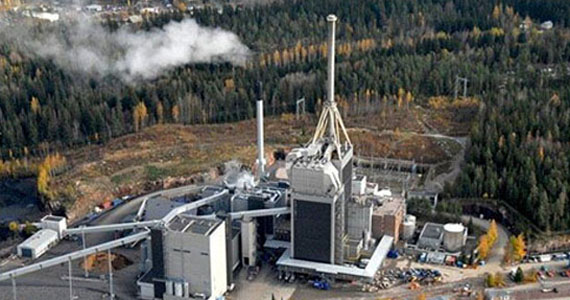 Using fossil fuels in energy production is becoming more challenging due to their effect on climate change. Another major challenge is the ever-increasing amount of waste and how to handle waste streams sustainably.

Waste used to be a problem but is now a valuable fuel. One ton of combustible waste contains the energy equivalent of approximately 300 liters of crude oil. Air pollution and the issue of hazardous emissions connected to combustion have basically been eliminated by modern environmental technology.

More efficiency and added value from waste throughout the waste stream

Innovative waste-fueled energy generation can be found, for example, in Lahti, Finland. In 2012, Lahti Energy Ltd. started up the world’s first gasification power plant running purely on solid recovered fuel (SRF) to produce 50 MW of electricity and 90 MW of district heat. By replacing coal with SRF, the company has been able to significantly cut its CO2 emissions. According to Lahti Energy, gasification is the most energy-efficient way to utilize waste.

In the present waste hierarchy, gasification stands at the same stage as traditional waste incineration, regardless of the fact that it features unrivaled benefits. Gasification almost doubles the efficiency in power generation, lowers emissions and generates a refined product (product gas). In addition, the fuel used is sorted waste, thus promoting a higher rate of recycling.

Now that the EU is making decisions about the circular economy and revising the waste framework directive, it should be promoting new and more efficient technologies to enter the market instead of hindering progress.

In addition to high energy efficiency, gasification provides other benefits, too. In Lahti, a new supply chain has been born around waste. Fuel payments have created a new market for fuel preparation, and the quality of SRF has improved. Tighter quality control benefits other SRF users as well, for example, material recycling. Operations have created approximately 100 new jobs in the supply chain.

In addition to waste, local renewable fuels, such as various biomasses, are an economically viable way to reduce greenhouse emissions. They generate both heat and electricity, are locally available and benefit the local economy.

With today’s technology, biomass can replace coal in coal-fired plants. For example, Vaskiluodon Voima started up the world’s largest biomass gasification plant in Vaasa, Finland, in 2013. The company has been able to cut CO2 emissions by around 230,000 tons per year with the 140 MW plant.

Use of waste and biofuels to reduce emissions

These two cases feature Valmet’s technology. During the past ten years, Valmet has delivered more than 13 GWth of boiler capacity that utilizes renewable fuels and reduces emissions associated with fossil-fuel-fired boilers. Read more about Valmet's Biomass to Energy solutions.